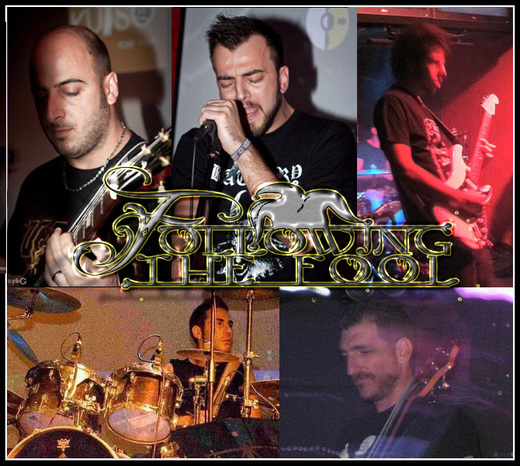 About Following the Fool

Following the Fool was formed in 2009 by Fabio Breccia, bass, and Alessandro Bianchi, guitar. Umberto Carinci joined the band as second guitar, and Mauro Trentani at drum. The first singer, Antonello Pumilia, was replaced a few months later by Luca Panzarini, current singer of FtF. Alessandro Bianchi after a year left the band and his place was taken by Giulio Berettini and at the same time also the drummer, Mauro Trentani, decided to leave the band. The latter was replaced by Pierluigi Carbone a talented drummer and technically prepared. With this formation the band has supported various contests and many concerts in the most important clubs in Rome (Jailbreak, Contestaccio, Space Ebro, Alkatraz). FtF practices currently engaged in the recording studio for the production of their debut album.