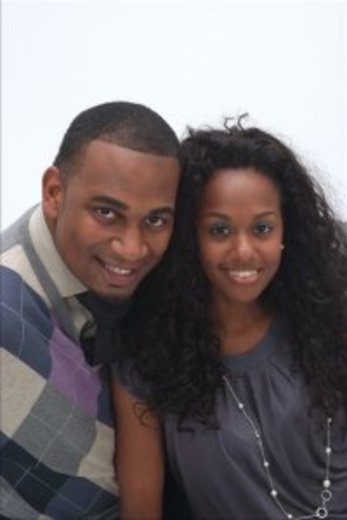 About Ernest and Ericka Jackson

Ministers Ernest and Ericka joined one another in marriage on April 5, 1999 and their marriage is a testimony of Gods grace, mercy, favor, comfort, healing and restoration.  The Baton Rouge, LA based couple is able to combine the sounds of CCM with the boldness of contemporary gospel.  Ernest and Ericka's powerful sound of Praise & Worship is truly one that effects change in the hearts, minds, and spirit of those who experience it.  This anointed husband and wife duo also travels abroad singing and teaching the message of Jesus Christ.  Their music ministry has been heard and seen in over 130 nations and has impacted the hearts of millions worldwide through television and concert performances.  Gripping vocals, anointed lyrics, and a powerful faith-building message are the formula for the success of this dynamic team.  All while crafting a tightly produced, hook-laden album, which appeals to radio, churches, and praise & worship fans alike.  Ernest and Ericka not only write and produce their own songs, but have written songs for artists such as Carmen and gospel legend Rance Allen among others.  It is Ernest and Ericka's desire to reach those who have been forgotten: the poor, the broken hearted, the captive, and the lost!