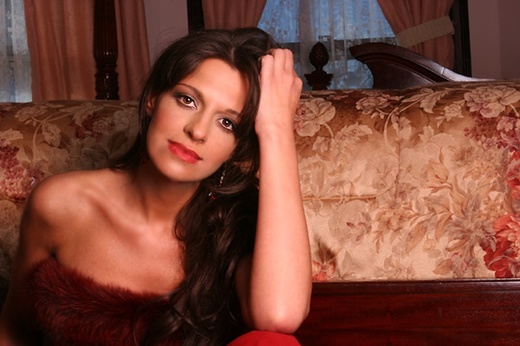 
Melissa Marquais new album "Coffee In Connecticut" is a treasure of timeless songs written by her very own late Grandfather and Composer, Ernest G. Schweikert and his Co-Writer and Lyricist, Frank Reardon.
Shortly after relocating from New York to Nashville to further pursue her career in music, Melissa learned of the trials and triumphs of her late Grandfather, Ernest G. Schweikert.
Her Grandfather was a Composer for Billie Holliday, Sammy Davis Jr., Dinah Shore, Carmen McCrae, The Four Aces, Perry Como and many other amazing Artists of his time. Schweikert died when Melissa was only four, though his history became a source of guidance that has shaped her and her career to this day.

When Schweikert and his Co-Writer, Frank Reardon didn't receive any of the royalties owed them, Schweikert took all of the musical compositions he had ever written and threw them in the garbage. He never spoke of it again.
Melissa made a promise to her Grandmother that she would find her Grandfathers lost compositions. The next day, her Grandmother passed away completely unexpected and so it was that Melissa's journey began and her career took a turn that she never could have seen coming. She started on a journey that would change her life forever.

She went on to find hundreds of songs her late Grandfather had written but she didn't stop there. Determined to right the wrongs that had been done to Ernest and Frank, Melissa went to battle against the Publishing companies of record that had emotionally and financially devastated the duo so many years before.
She successfully litigated over 300 cases on her own and rescinded the rights to all of their works which she now publishes worldwide.
"Coffee In Connecticut" is a collection of some of the beautiful songs her Grandfather and Frank left behind.

Persistence and drive are a huge part of making it in the music business, as are holding on to one’s dreams and maintaining a healthy sense of reality. Melissa say's she has already felt the success of making it simply by being able to share the love of music with her late Grandfather.