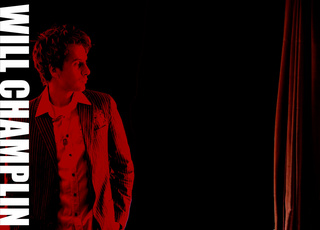 Born and raised in Los Angeles, Ca. Will Champin is on the verge of holding his own among an industry of Giants. Will has evolved into a World-Class Artist and producer. From his time spent studying at Berklee College of Music in Boston to spending time in Nashville taking his songwriting to the next level, there's no doubt that he is a musical Timebomb!! Will is also an accomplished and versatile piano player. His influences are Stevie Wonder, Billy Preston, Bruce Hornsby and others. Will's father has been a lifetime member of the infamous Rock band 'Chicago'. His mother is an accomplished songwriter and vocalist. Both parents strongly encouraged and fostered his natural musical abilities. In 2006, Will toured extensively as frontman/lead singer for the Salvador Santana Band opening up for Carlos Santana and The Los Lonely Boys in Major Concert Venues in the U.S. In 2008, Will won for best R&B/Soul at the 'Hollywood Music Awards' for his song from his self-titled debut, 'Now that we're fallin'. Being the great performer and songwriter he is, Will has had the opportunity to work with many top songwriters in the business such as Andreas Carlsson, Keith Thomas, Robin Scofield, Rivers Rutherford, Eric Bazilian, as well as many others. Will is an artist with an R&B/Rock/Pop Style that has been inspired by honesty and inspiration in his music and lyrics. In which his current project and fans will attest too. Wills tenacity and passion is evident in everything he does. His charisma and soul is portrayed in every song. Will is determined to change many peoples lives with his music and songs.

WILL CHAMPLIN - GRAMMY NOD IN 2010! by
Will Champlin is nominated for co-writing the Heather Headly hit "Ordinary Me
WILL CHAMPLIN - NEW LINK TO BUY MUSIC! by
THERE IS A NEW LINK TO BUY MUSIC AS WELL AS THE KILLING ME WITH TWILIGHT EP THAT IS MORE ELECTRO/ROCK/POP. TOTALLY WORTH CHECKING OUT. JUST GO TO http://willchamplin.bandcamp.com/
Hollywood Music Awards by meermusic.com/willchamplin
Nov 20th 2008 Will Champlin recieved an award for best R&B/Soul Song at the Hollywood Music Awards. The Song was for 'Now That we're fallin' which was featured on fame games. Spread the word.
Killing Me With Twilight by
In 2009 Killing Me With Twilight won Fame Games track of the month
WILL CHAMPLIN TO OPEN FOR SONS OF CHAMPLIN by Will Champlin Press
3/6/2010 8:00 PM at McNears Mystic Theatre 21 Petaluma Blvd, Petaluma, California 94952 Cost: 25
p
A
n
E
F
Song Title by Artist Name
987654d
LM
iAnEAqqqq