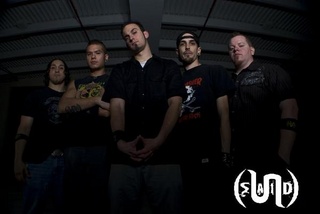 Hailing from Colorado, this alternative metal band dedicated itself to writing interesting and thought-provoking music. Starting as a 3 piece in 2004, the group worked on its craft for a year before searching for a vocalist and playing shows.

After going through several failed auditions, the band stumbled upon Jeremy online and during the first song of his audition, it was easy for all to see that he was a perfect match. Jeremy brought menacing, honest, and intelligent lyrics to the table and was equally strong at melody and brutality.

Since relocating to Florida in October 2005, the band has been through mulitple member changes. In September '07 (un)SAID saw the return of Nick to the lineup as he made the move from Colorado to Orlando to become a permanent member in the group. (un)SAID completed the team by acquiring local veterans Don Cadman (Holotype) on drums and Josh Gorsch (3rd Limb, Nilmorta) as a second guitarist. With the current lineup (un)SAID now continues to be a proven unified force as they have now become one of Orlando’s top drawing metal bands.

In the past year the band has seen growth in their fanbase due to the release of their debut self-financed, self-produced album “The Initial Transition”, which have been sold at shows as well as MP3’s on several online stores. The band has also picked up sponsorships from Dickies, Dirty Girl Threads, and Silent Fright Designs. In March of 2009, (un)SAID won WJRR's Best Band in Central Florida Contest among hundreds of other locals bands. The band will now be playing Earthday Birthday16 in April 2009 and now has the opportunity to play in front of thousands.

Hoping to gain national exposure and add to their growing fanbase, (un)SAID's goal is to write the best music possible and to maintain integrity by following their own artistic vision.

WJRR'S Best Band In Central Florida by WJRR.com
Congrats to our winners Unsaid! They've won over $10,000 in cash and prizes and a spot on EDBD Sweet 16! Click Here to hear their song. And now a little more about Central Florida's Best...
(un)SAID -- Featured Band for July 08 --CAYA Radio by CAYA Radio
Hailing from Colorado, this all-original alt-metal band was formed in 2004 by Danny (guitar) and Golf (drums). Dedicated to writing interesting and thought-provoking music, the duo worked...
Hear (un)SAID live -- while you can by The Gazette (Colorado Springs)
Hear (un)SAID live -- while you can Gazette, The (Colorado Springs), Aug 5, 2005 by LINDA NAVARRO THE GAZETTE E-mail Print Link (un)SAID Hear the band: 9 p.m. today, Murray Street Darts, 609 N....
Band review by OnlyRockNRoll website
Click link to see review.
Unsaid: The Initial Transition by Sea of Tranquility
Simply put, (un)SAID is a band that will kick your ass! Creating a combination of crunching metal of the most heavy duty kind, mixed with a melodic clean side, these guys play ping pong with your...
Enigmatic Birthday Bash by All Access Magazine.com
The last band to take the stage was none other than (un)Said an all-original alternative metal band. Looking to gain national exposure (un)Said is one of the bands featured in WJRR’s Battle of the...