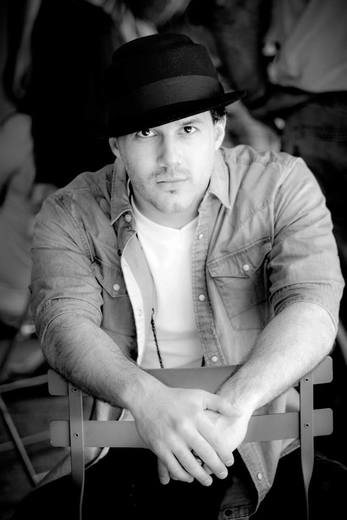 Matt Cusson, an award-winning singer/songwriter and pianist, continues to wow audiences and prove that he is the real deal. He is a gifted self-taught musician who excels in jazz, pop, and soul, as demonstrated by his expert writing and arranging skills on his critically acclaimed self-titled debut album of 2009. That same year, Matt won (by unanimous vote) the John Lennon Songwriting Contest's top annual prize - the Maxell Song of the Year - for his jazz ballad "One of Those Nights". That song also won the Billboard Songwriting Award in the Best Jazz Song category, and came in second in the International Songwriting Competition, as well as being nominated for a 2011 Los Angeles Music Award for “Best Male Vocalist” and “Best Jazz Song”.

Matt attended Berklee College of Music, where he performed in the exclusive "Singer Showcase", which highlights the school's top eight singers. He cites many musical influences, such as James Taylor, Stevie Wonder, Djavan, Miles Davis, and John Mayer, just to name a few. Even more impressive is the list of artists he has performed with, including Stevie Wonder, James Taylor, the Roots, Babyface, Christina Aguilera, and Livingston Taylor. Matt has been working and touring with his mentor and friend, Brian McKnight for the past several years. He also performs regularly with Javier Colon, the 2011 winner of the hit NBC show “The Voice”. Matt performed with both Javier and Cee Lo Green for the 2011 Rockefeller Tree Lighting show. Javier sings the soulful duet “Same Old Song” on Matt’s debut album, and Matt is a featured pianist on Javier’s upcoming album with Universal Records.

Matt is a three-time "Amateur Night at The Apollo" winner, has performed with Brian McKnight on "Live with Regis and Kelly", and was a musical guest on The Tonight Show with Jay Leno, ABC's "The View", and Bravo's "Millionaire Matchmaker", where he performed his song "Here's To You and Me". He was a featured performer on the international "Michael Jackson - Man In The Mirror" tour in 2010. Perhaps more inspiring is his constant effort to share his talent by supporting various charities, such as the Susan G. Komen Foundation, Songs of Love, Defenders for Children, Hillcrest Educational Center, and Community Resources for People With Autism, as well as his local food pantry. It has always been in Matt's nature to give back, and although Matt has performed all over the world, he remains very close to his family and friends in his hometown of Pittsfield, MA.

“You can tell right away when Matt starts playing that he is the real thing.”

"Matt Cusson is honestly one of the most talented musicians I've ever met. When I heard him live for the first time, I was blown away not only by how well he sang and played, but how easy he makes it seem. I became an instant fan. There are a lot of artists out there, but few even come close to the amount of talent he has. He combines Jazz, R&B, Pop like nobody I know. He's so good he makes you want to go home and practice your scales. If you haven't had a chance to hear Matt, you're missing out on a world class artist." - Javier Colon, Universal Records and winner of NBC’s “The Voice”