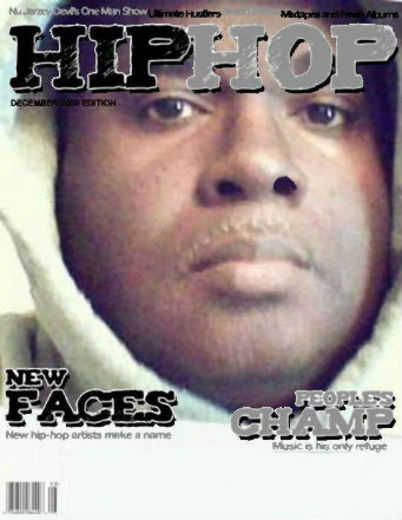 Radio Personality/DJ - Studio Remix DJ - Producer ~ Back in the beginning of the 1980's Dre' Jackson was a locally known high school athlete in Columbus, Ohio. One day while kicking it with his cousin and walking blasting a boom box. His cousin threw in a new mixtape which had Malcolm McLaren and the World's Famous Supreme Team Dj's song "Buffalo Gals" and "Hobo Scratch." From that point Dre became obsessed with finding out more about scratching and DJing. Dre already had been following Rap Music since the 70's but this scracthing thing was something he had never heard of. He started going to parties given by a popular local hip hop group called "The New York City Jam-A-lot Crew." They were local high school kids who had family kin in New York City. They had all the rap and hip hop underground connects and had all the New York Jams that kept Columbus, Ohio in the mix with NYC. Dre studied their Dj's closely at parties and eventually got a mixer of own and began learning how to cut and scratch. Also in Dre's neighborhood lived some of the best scratch Dj's in the city. So he got alot knowledge from watching them practice. He loved DJing so much that it became his knew passion even over playing sports. Dre Jackson then began to go see in person many of the hottest Dj's from NYC. He seen these Dj's live in person and in action- Grandmaster Flash, Jam-Master Jay, Terminator X (Public Enemy) Mix-Master ICE (UTFO), DJ Jazzy Jeff (The Fresh Prince) and many more. Dre Jackson feels very blessed to have witnessed some of the greatest Dj's of hip hop.

Back then Dre Jackson took on the DJ name of "Jam-Mixer Dre" a blended name from his favorite group RUN-DMC Jam-Master Jay and Herbie Hancock's DJ "Grandmixer DST." He did just a small amount of house parties, he never was the event dj type. He was more of a mixtape DJ and also DJ'd for breakdancers and rappers. After high school he went into the military and sold his mixer to a buddy and never dj'd again. He became a avid music collecter and enthusiast.

But in 2012 God had other plans for Dre. While being a radio show co-host, an opportunity came about to help with setting up an Internet radio station. The station was founded by Prophetess Desiree Swint who already had a tremendous amount of Gospel Music in her library. She focused on Praise & Worship music and the Old Time Religion. What was needed was adding the Gospel Hip Hop, Neo-soul Gospel and Urban Gospel. With Dre Jackson being a former old school hip hop dj, all that was needed was for him to apply his old skills to spinning gospel music now. He quickly adapted spinning Christian lyrics over secular beats. Today DJ Bro Dre is now a DJ and Radio personality on Divine Experience Radio plus Urban Experience Radio, Gospel Music Explosion, Vibes-Live and Gospel Invasion FM.