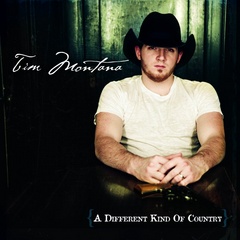 Tim Montana was born and raised under the wild Montana sky, by parents who believed in and instilled within him the core values of hard work, self-reliance, honor, respect and pride for his country. During Tim’s early years, the family lived in the mountains of Kila, Montana, with the only light to wake him in the morning being a kerosene lantern. The family moved once he reached his teenage years to Elk Park, Montana, 16 miles north of Butte. Tim’s family still chose to live a country life off the grid, with no common conveniences such as electricity. While this lifestyle would be unbearable for most, Tim and his family thrived in an environment of solitude. Instead, the family spent weeks each summer gathering and splitting enough firewood to heat the home through the course of the long Montana winters. Each fall, the family hunted deer and elk to help sustain them through the year with food, and their only modern convenience was a generator used sparingly to pump water from the well. Most days were spent working hard, and most evening activities were conducted by candlelight or kerosene lantern. As a young man, Tim learned how to work hard, and he learned how to live, and love, a rugged country way of life. Tim picked up his first guitar at age six, and spent many long hours under the low glow of the kerosene lantern learning how to bend down those guitar strings. Family members were impressed immediately with his ability to pick up a song and play it, and it didn’t take long for his natural musical talent to shine. Tim spent his early years learning how to play rock music in the style of Kurt Cobain. Ultimately, Tim returned to his roots by coupling his experiences living the country lifestyle with a rock edge that really allowed his songwriting and instrumental talent to take on a unique country rock sound. After high school Tim left the mountains of Montana for the city lights of Hollywood to pursue his dream of becoming a professional musician. He applied for and was accepted into GIT, which is part of the world renowned Musician’s Institute. During this time, Tim continued to grow creatively exploring his rock side while further developing his country roots, creating a sound he could claim as his own. GIT provided Tim with a new outlet with which to express his music, but it also afforded him opportunities to meet with music industry professionals. The transition from kerosene glow to city lights was a little too much for this Montana country boy, and he quickly realized that Hollywood was not his style. Instead, he moved to the country music capital of the world, Nashville, Tennessee. Tims’s early years in Nashville, were spent performing at local honky tonks and getting settled as a part of the music scene in the city. During this time, Tim’s fan base in Montana exploded due to the popularity of his song, “Butte America”, which celebrates generations of hard-working miners and the hardworking blue collar workers of Butte. While Butte is only one small town in Montana, the song has mass appeal since it is a reflection of small town in America. The popularity of this song made him a local celebrity, and Tim and his band have played at Butte’s Evel Knievel Days celebration for the last three years, drawing crowds estimated at up to twenty thousand people. Tim teamed up with guitar virtuoso Johnny Hiland to produce his debut album, “Iron Horse”, which was mixed by the Grammy nominated engineer, Jim Lightman, and produced by none other than Johnny Hiland. The album featured many great local Nashville musicians, and all of the songs were written and performed by Tim Montana, an accomplishment for any artist. Several of these songs celebrate the country way of life and highlight the core values that Tim developed growing up in Montana. His song “Country Life” was used by ESPN as the musical background on a video highlighting Evel Knievel Days 2008. His song ,“Carhartt Cowboy”, landed him an endorsement deal with Carhartt, and “Butte America” has become the anthem of Butte, where Tim continues to enjoy enormous popularity. Currently, Tim Montana lives in Nashville with his wife and his new baby daughter. He continues to write music, promote his albums, and makes several trips each year back to Montana to play for enthused crowds. In the summer of 2008, he conducted his “Rock’n Under the Big Sky Tour”, where he visited several towns, including Choteau, where he met late night TV host David Letterman. It was only days after that meeting when Letterman’s booking agent contacted Tim and invited him to perform on CBS’s The Late Show. What makes Tim Montana’s music unique is that it is forged from his own values and real life experiences in a remote country lifestyle. In a sense, his songs speak to the hard working, God-loving, blue collar workers upon which our great nation was built. Infusing these experiences with his passion for a hard rock, grunge sound provides the platform for Tim to express his unruly nature on stage and in his lyrics.

Bring Tim Montana to Chester Steele by MT Standard
he Original Mine Amphitheatre is a fabulous concert venue, and we're all for getting as much use out of it as possible. But not on the Third of July when there's a competing community celebration....
Tim Montana national debut Friday by MT Standard
When Tim Montana arrived for rehearsal at the David Letterman show earlier this week wearing a cowboy hat and boots, photo- graphers pointed their cameras and snapped pictures.They have no idea who...
Tim Montana: The Face of “Grunge Country”? by Nashville Spy
As you can see from this clip, millions of Letterman viewers got to see what many of our spies in the U.S. Northwest and the Nashville music scenes have been knowing for nearly a year. TIM MONTANA...
Dave meets Tim by MT Standard
Late Night” talk show host David Letterman, left, waits while Butte native Tim Montana (Tim Pasquinzo), signs his autograph, requested by Letterman, during a July 3 concert in Choteau. Letterman...
Tim Montana | Iron Horse by Lively Times
Kalispell native and Butte boy Tim Montana, aka Tim Pasquinzo, has put out a debut CD with all the trimmings. Featuring eye-popping instrumental backup from terrific Music City pickers and 10 of...
p
A
n
E
F
Song Title by Artist Name
987654d
LM
iAnEAqqqq