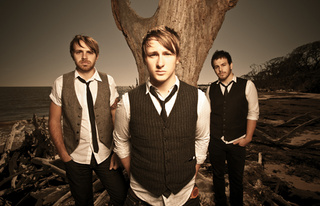 Between The Trees - Spain by Alternative Press Reviews
When this Orlando, Florida, group's resume first landed on our desk in the form of their 2007 debut The Story And The Song, we moved it right to the top of the pile. Their objective: to secure an...
p
A
n
E
F
Song Title by Artist Name
987654d
LM
iAnEAqqqq