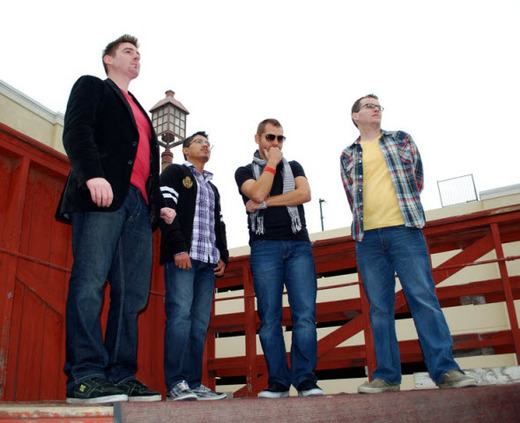 You might have heard them on 102.1 The Edge or Kidd Kraddick's morning show.  Or you might have seen them rocking out at The House of Blues in Dallas, Trees or Six Flags in Arlington.  If you haven't seen or heard them take Independent Media Magazine's description of the rock/pop band The Primary: "(they) remind you of Interpol, Radiohead and even the legendary Pink Floyd...the passion is there, the song-writing is strong and the instrumentals are top-notch." The Primary by The Muse In Music
The band’s newest album, Days Among Giants, plays out like a veteran’s greatest hits box set, mapping out ten, fifteen, twenty years of evolution in under an hour (the early, bar-room days; the...
Album Review: Days Among Giants by Independent Media Magazine
The record opens up with “Get Out,” where lead singer, Josh Vasquez, shows some amazing range. The song is short and straight to the point, things that strongly missing in the music industry. It...
New Music Spotlight: The Primary by Junior's Cave Online Magazine
The strong songwriting craftsmanship of the band is also shown in the beautiful crafted lyrics that simply amazed fans when first listening to the band's music."
Dallas Music: The Primary by Maurice Moss, Dallas Music Examiner
With solid musicianship and some really cool vocals, this four man band is poised to join my list. "People Going Places," the band's current CD showcases a band on the verge on going somewhere...