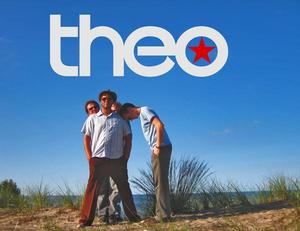 After winning a Chicagoland Battle of the Bands in 2007, Theo gained regional recognition and began a heavy recording process. As we enter the summer of 2008 the new EP is set to be released and the band is packing in crowds at their concerts. Ready to embark on a tour this summer of the midwest and northeastern United States, Theo is rapidly moving beyond their college town roots. Recently Theo was chosen as a healiner for MOBfest, Chicago's largest music industry showcase. In a world of emo and jam bands Theo stands grounded in the center with the hope that there is still genuine kick ass rock music left out there.

light and sound should be provided by the venue.

A favorite of local DJ by blog
One of our biggest supporters has been DJ Electra from Q101. One of the top DJs on the top station in Chicago and she has great musical taste. Visit the link below to see her blog write up about...
p
A
n
E
F
Song Title by Artist Name
987654d
LM
iAnEAqqqq