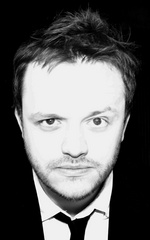 The Micah Walk Band's approach to music is subtly hinted at in their own name: simple and to the point. Nostalgic songwriting that brings about feelings of home and family, love and relationships, and those hard-learned mistakes is the first attraction to Micah Walk. Each song tends to float in your head after you first hear it, creating the sense that the song has always been there. Walk's personal epitaphs are voiced with passionate authority and carefully supported by the other band members' playing. All former college roommates, guitarist John Cardoni, drummer Darin Holthaus and bassist Dan Hartman have a keen awareness of each other that helps elevate the intensity and excitement of any performance.

Since forming in 2005, the band has developed a growing sense of knowing how to say the most by playing the least. That of itself is a philosophy that has always stood the test of time, if done just right. It's a never-ending goal, both personal and within the group. The Micah Walk Band isn't striving to be progressive; they would prefer to concentrate of how to play something, rather than what to play. This outlook on music is evident throughout their recently self-recorded and self-produced album titled Bright Side Fantasy, which was independently release in July 2008. Bright Side Fantasy was recently chosen as a CDBaby.com Editor's TOP PICK! Thanks CDBaby!

However, ready for any situation.