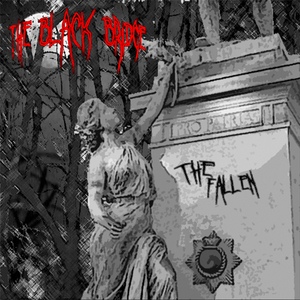 Formed in London, Ontario (Canada), The Black Bridge started when long-time friends Crebbs and MP decided they had wanted to get this project off the ground. After several years of throwing the idea around, July, 2007 was finally the time.Within a couple of weeks their first single, 'Fringe' was written. Combining some riffs that Crebbs had written on the fly with a collection of poems MP had laying around, the track materialized rather quickly and gave the band inspiration to continue working on this project.Not wanting to pigeon hole themselves into one specific genre, The Black Bridge draws from many different creative outlets, combining them into something a little different than the 'norm'. Though the music tends to lean towards a darker side of the spectrum, there are other aspects to it that any metal lover can attach to.Through semi-poetic lyrics, these songs cover emotional issues on a personal level that the band members have survived over the course of their lives. From loss, to infidelity, to just coping with everyday life The Black Bridge looks to grab a hold of the listener to give them a glimpse at what went into creating this album. Though these words are written in such a way that everyone can draw their own experiences from them, the music speaks to its audience on many different levels.Their first E.P. entitled 'The Fallen' is out now!More information at http://www.theblackbridge.com

Metal Reviews: by Metal Reviews
THE BLACK BRIDGE - The FallenSelf releasedMelodic Death Metal6 songs (21:29)Release year: 2009The Black Bridge The Fallen, a six songs EP from the Canadian band The Black Bridge, has two main...
Funeral Rain Zine: by Funeral Rain Zine
Today I discovered a new band, from London Ontario. They are called The Black Bridge, and they've put up their entire six song debut E.P. on ReverbNation for download and streaming. I listened to...
p
A
n
E
F
Song Title by Artist Name
987654d
LM
iAnEAqqqq