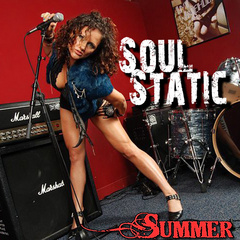 Singer/Songwriter/Actor/Producer
I've lived in SLC, Nashville, LA & Israel. I love soulful music that makes me move. Music is my heart & soul. My parents met in a band (my dad plays classical piano & my mom sings) & music was constant in our home. I pour my heart & soul into my music & it helps me to express myself & share my crazy stories with others. I strive to contribute my creative talents to this industry & to become a better artist every day. I am passionate, soulful, complicated, genuine, emotional, creative, & intense. I live a full life & have never been handed anything on a silver platter. I hope to gain perspective & insight from my mistakes & to share my joy & pain honestly with my listeners. Thank you for listening & I hope you feel my realness. Summer Rona