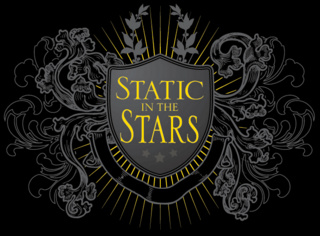 Static in the stars

Static in the Stars Bio 2010 Vancouver based five-piece rock band Static in the Stars have been on a steady rise. Combining 80's cock rock with modern influences like Anberlin and the Foo Fighters they have created a new brand of straight ahead rock and roll that sets no boundaries and takes no prisoners. Originally formed in Calgary, but re-located to Vancouver, the band has one goal and that is to deliver rock and roll back to the masses. In the past year Static in the Stars have drastically increased their profile. They shared the stage with acts such as Pearl Jam, Wintersleep, K-OS and Billy Talent at Virgin Festival Alberta 2009. They are currently confirmed for Boonstock 2010 alongside The Offspring, Papa Roach, Chevelle, Matt Good and others. A number of their songs have been licensed to stream on the upcoming Teletoon site for the new show Stoked. Recently they completed two successful showcases at Canadian Music Week 2010, three showcases at Indie Music Week 2009 in Toronto, they showcased at Junofest 2008, opened for Twisted Sister during the Calgary Stampede, won the semi-finals of the Fuel 90.3 Big Rock Star Competition and the Ceilis Canada Day Rock Fest, received radio play on X92.9, 100.3 The Bear, and Fuel 90.3, licensed their song "Lost Vegas" for the film "The Service" and caught the attention of Tommy Mac from Hedley. Needless to say, they have been busy. Their new album "No Grace in Goodbyes" was produced by Tommy Mac from multi-platinum recording artists Hedley, engineered by Juno nominated Dean Maher (Elton John, AC/DC, Slayer, Rise Against, Chevelle, Atreyu) and mastered by Chris Potter (Sarah MacLachlan, Run DMC, The Cranberries, Rufus Wainright, Delirium). Released in September 2009 it showcases Static in the Stars unique brand of rock and roll. Cumulatively, the members of Static in the Stars have a wealth of experience in the music industry, so upon formation they set out to make music with no limits, preconceptions nor boundaries of any scene. They feel as at home with intimate acoustic sessions as they do with full on bombastic rock and roll. Recently the band underwent a line up change as guitarist Joe McLeod and Harvey J. Warren were replaced with Cam Thomas on guitar and Jason Ritchie on drums. The addition of the two new members and the fact that Harvey and Joe are still involved with the band only serves to enhance the strength of the band. With the release of their new album and subsequent touring and promotional plans Static in the Stars are poised to continue their momentum and deliver their rock and roll to even more fans. STATIC IN THE STARS Highlights: - Boonstock 2010 – June 2010 (The Offspring, Papa Roach, Chevelle, Matt Good) - Canadian Music Week 2010 – Toronto, ON – two showcases - 7 songs licensed for streaming on website of Teletoon’s new series “Stoked” - Indie Music Week- Toronto, ON - October 2009 – 3 showcases - Canadian tour September - October 2009 - Virgin Fest Alberta - August 8, 2009 – (Pearl Jam, Billy Talent, K-OS, The Arkells) = Gibson Guitar Canada Endorsed - “No Grace in Goodbyes" EP- October 2009 Release o Produced by Tommy Mac from Hedley o Engineered and mixed by Juno nominated Dean Maher (AC/DC, Elton John, Bryan Adams, Nickleback, Rise Against, Chevelle, Trapt, Atreyu) o Mastered by Chris Potter (Sarah Mclaughlin, Run DMC, Cranberries) o Drums performed by Harvey J. Warren (One show with Motley Crue, Econoline Crush, One 900) - Fuel 90.3 Big Rock Star Competition Finalists, 2008 - $25,000 grant - Ceilis Canada Day RockFest winners, 2008 - Junofest 2008 Showcase - Opened for Twisted Sister, July 2008 - Featured radio play on X92.9 Project Punk, Fuel 90.3 16th Ave shows - 30 min live set broadcast to air on the Fuel 90.3 Bootlegger Series - Headliner at the Big Brothers and Big Sisters Big Sound Benefit concert, sponsored by X92.9 - Lost Vegas featured in short film "The Service" (September 2009)

by
Static in the Stars has just started, but between the music and devoted fans they are already solidified as one of the profound acts in Calgary Today".- Urban mixer
by
Calgary band Static in the Stars has been busy. - Kelly Doody, Calgary Sun
Static in the Stars @ Virgin Fest 2009 by
ArtistStatic in the StarsVenueCalgary Olympic ParkDate08/02/2009In the stifling heat of Calgary’s Olympic Park, Static in the Stars blazed onto stage – as if the scorching surface of the stage’s...
Top 10 Up and Coming Bands You Should Know About by Lindsay Thomas
10 Up And Coming Bands You Should Know About Print E-mailTuesday, 15 December 2009 23:22PureCityThe wide expanse of the international rock/metal world can be daunting – even frustrating writes...
Review-Static in The Stars- No Grace in Goodbyes by Calvin Daniels
Tuesday, February 2, 2010Review -- STATIC IN THE STARS -- No Grace In GoodbyesNO GRACE IN GOODBYESStatic In The StarsSound Grenade8-out-of-10If you like high energy rock that doesn’t go too far...
p
A
n
E
F
Song Title by Artist Name
987654d
LM
iAnEAqqqq