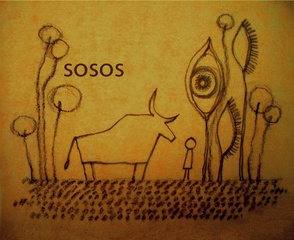 Have music, will travel...

Blind Melon & sosos by
December 5th sosos opened up for Blind Melon in Fort Lauderdale. The four surviving Blind Melon members reunited in the summer of 2006, with Travis Warren taking Hoon's spot behind the mic. The...
sosos on PBS by
sosos is included in the 2007 Roadtrip Nation series airing on PBS this fall! Christina Mitchell, aka Roadtrip Evangelist, wrote: Thank you for sharing your music with us and for being part of the...
sosos on XM Radio by
Hey everyone. Be sure to tune in to XM Radio Thursday – November 15th, 2007 and listen to R>A>D>A>R REPORT at 10pm ET. Channel 43. sosos is a featured artist of the week. Make sure to...
p
A
n
E
F
Song Title by Artist Name
987654d
LM
iAnEAqqqq