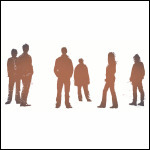 Sunburn In Cyprus, based in Goettingen (Germany), was founded in 1998 as an avenue to produce electronic music outside of members regular musical work.

Beside remixes for different artists, Sunburn In Cyprus focuses on many different genres such as triphop, house, lounge/chill-out, dub/reggae, dance – mixed with catchy pop vocals and jazz influences. Their fanbase includes now listeners all over the world, especially in Australia, Germany, UK, Canada and the USA.

Their songs have been not only released on their CDs but also on compilations in the UK, Italy and others as well as they has been used in movie soundtracks and video productions for instance in the USA, Austria and Germany.

Originally just a studio/remix project with several/changing members, Sunburn In Cyprus also present these songs, tracks from the CDs "Voodoo on demand", "Traffic Jam", "Raw & Mixed" and the current album "Feng shui rescue" as well as brandnew unreleased tracks live on stage in clubs and at festivals since early 2005.