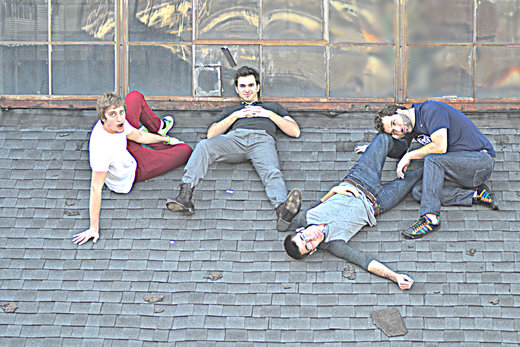 Shiny Penny and the Critical Shoes formed in December of 2009 in Kokomo, Indiana. Beginning as an acoustic-cover band for the first 2 weeks of playing, they realized they wanted to do a little more on stage. After pushing past the acoustic wall experimenting with more sounds for over a year, they found the sound they were looking for. The band's first EP, Third Spin was released in the Fall of 2011. The band plans to continue on as far as possible. Often known for their "musical chairs" on stage, the guys rotate instruments every few songs on stage to produce multiple styles and sounds. Also known for their wild, funky breakdowns, combined with Dean's strong yet melodic vocals, Brad's bluesy yet heavy guitar solos, and Dustin's tasteful beats and bass lines, SPCS looks to be a force to be reckoned with in the music world.

-Three DI connections to the PA

4 vocal mics, all with boomstands

SPCS voted "Best Live Band/Musician in Kokomo" by Kokomo Tribune's "Best of" contest
Due to hard work and dedication, Shiny Penny and the Critical Shoes were both nominated and voted for as best live band in Kokomo of 2011.
Soup of the Week - "Mr. Welker" by SPCS by Band Spotlight
Ohio, Illinois oooh I want to take you Kentucky, Michigan come on pretty mama ... Off in central Indiana There's a place called Kokomo... Where energetic and melodic alternative rock still lives...
p
A
n
E
F
Song Title by Artist Name
987654d
LM
iAnEAqqqq