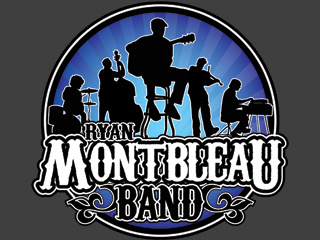 Ryan Montbleau is a pure soul singer. Not in the traditional sense. His voice — although a sweet, passionate instrument — isn’t packed with Memphis clay like Al Green’s or greased with urban sophistication like R. Kelly’s. Instead, Montbleau sings purely from his soul in a voice every bit as honest, open hearted and original as the stories he tells in his songs.

Whether he’s playing a club around his Boston home base or a big stage at the Gathering of the Vibes or the High Sierra Music Festival, the young leader of the Ryan Montbleau Band is a one-man antidote for an era of irony. His lyrics about romance, joy, pain and loss care nothing for the barriers of image and style. He is unabashedly romantic, wistful, a soul-searcher looking for the Holy Grails of Love, Virtue and Hope at a time when headlines and the rapid pace of life often make those causes feel lost.

The Ryan Montbleau Band is on the leading edge of a new kind of musical pluralism that drives some of today’s best young groups. "I’ve listened to all kinds of styles ever since I can remember, from Bell Biv Devoe to Bob Dylan. So being interested in a lot of musical elements just came naturally," says Montbleau. "The other guys are the same way. Some are firmly rooted in jazz, some classically trained. Most of what we do is rooted in something older, but from there, it goes in every direction you can think of. And when we were in the studio working on the arrangements of these songs, we tried not to limit ourselves in any way."

The result is an album that’s truly resonant, surpassing 2006’s excellent One Fine Color in its sonic exuberance and heart-on-sleeve emotionalism. Patience On Friday’s 14-song adventure begins with Montbleau’s expressive vibrato contemplating life’s fragility a cappella in "How Many Times" and dashes through the Jamaican postcard from a broken heart "Draw the Line." It pauses for the high-spirited sustenance of the Gypsy swinger "Eggs" and flows on to the classic Philly soul update "This."

Karl Berger, string arranger for Jeff Buckley’s Grace, adds orchestrations to Montbleau’s autobiographic serenade "If It Comes Around," "Waiting," and "How Many Times?" The album concludes with "Shine On," a tune that was written for the band’s late friend, drummer Dennis Babin. As the somber piano and soaring pedal steel, courtesy of the New Riders of the Purple Sage’s Buddy Cage, entwine, "Shine On" becomes an essay in transcendence.

Through it all, Montbleau’s storytelling holds the spotlight. His songs reveal the eye of a novelist and the lyricism of a poet. They’re rich in the kind of real-life detail that makes characters breathe. Numbers like the beautifully vivid "Love and Love Lost," where a shambling homeless man becomes a compelling metaphor for a neglected heart, and "If It Comes Around," the musical equivalent of one of Robert Altman’s ensemble films, both merit comparison to the writings of Tom Waits. "I’ve tried to build this whole thing on a platform of honesty," he says.
"When I write a song, hopefully there’s nothing separating me or the music from the truth."

As the great R&B sage Solomon Burke tells his audiences, "The best road is always the straight road." And that’s the path Ryan Montbleau has always followed. "Everything I do has come from working hard, and none of it has come easily, from honing my ability to write a song to singing to playing guitar to learning how to be a performer," Montbleau says. "There are no shortcuts." He got his first guitar from his father when he was nine — a Fender Squier with a matching amp. That was in Peabody, Massachusetts, a town just north of Boston where Montbleau was raised. As a kid he was entranced by the bubble-gum R&B of groups like New Edition, but all the while he could pluck out "Back in Black" and was listening to Jimi Hendrix and more and more of the blues by the end of high school.

"All of this really started to come together for me when I went to college at Villanova University, outside Philly," he recounts. He came under the spell of adult soul musicians like Stevie Wonder, guitar heroes like Stevie Ray Vaughan and Hendrix, songwriting maestros like Paul Simon, and jazz/jam gurus Medeski, Martin and Wood. So he honed his own musicianship and began writing songs. Montbleau played in college bands and began singing on stage in his senior year, but got truly serious about performing when he graduated and moved back to the Boston area to work as a substitute teacher.

In Boston, Montbleau began hitting the clubs and coffeehouses with his guitar and steadily assembling the Ryan Montbleau Band. His first album, 2002’s out-of-print Begin., was essentially a solo recording that captured his still-evolving singing style. The next year’s Stages was a collection of solo acoustic live performances that continued building his regional reputation. Meanwhile, Montbleau was also playing shows with his band. Almost immediately the group struck a chord with fans who were tired of cookie-cutter rock outfits and corporate music marketing. Montbleau grew his fan base the grass roots way: through constant touring, college airplay, and an affability that comes across both on stage and one-on-one.

By the time the Ryan Montbleau Band’s first group album One Fine Color was released in 2006, they were playing more than 200 dates a year, coast-to-coast, and the CD quickly sold 10,000 copies. "My touring’s not going to slow down any time soon," vows Montbleau. "I really enjoy going out and meeting people and performing these songs with the guys in the band, who are my closest friends. And when we’re on stage together, the people in the audience are right there with us, so even a sad song can become uplifting. We’re all in it together. When you strip away all the goals I might have as an artist and a working musician, what I really want to do with my life is uplift people," Montbleau says. "My favorite thing in the world is looking out from the stage and seeing smiling faces."