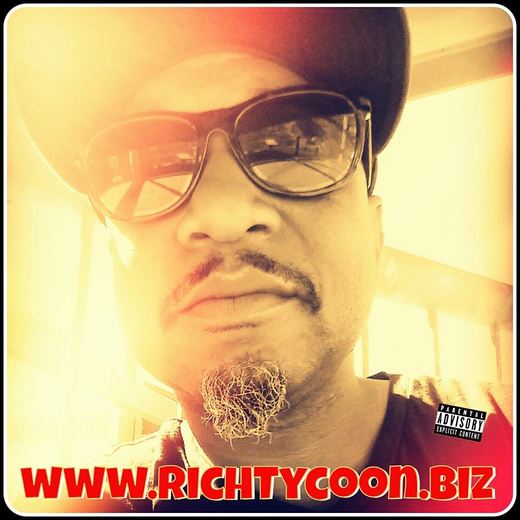 Born in Milwaukee, Wisconsin and based in Oakland, CA RICH Tycoon has evolved many times over to become one of the most outstanding song writers/recording artists on the West Coast. Also known as Filthy RICH, RICH Tycoon began his career at the young age of 20. Appearing on Seattle the Dark Side, a compilation album released by Def America/Warner Brothers. Filthy RICH, (his name then) performed on 2 tracks on the album and of those two tracks, the song Drop Top landed him national exposure in the ways of video and radio. With 2 songs recorded on a major record label you would think RICH Tycoon would be on his way, but due to being shot in the back, temporarily paralyzed from the waist down, and thrown into prison Filthy RICH's career would take a terrible turn for the worst...

Two days after his 21st birthday Filthy RICH's life changed forever. While involved in a physical altercation at a convenience store in Tacoma, Washington he was shot. It would be several years before Filthy RICH would reemerge on the music scene as RICH Tycoon. In the meantime, he would experience what he now refers to as "Real Life". Since being shot and sentenced to state prison in 1993 Filthy RICH has seen more than his share of street life and the struggle. He's struggled with himself, the world, and within his own family unit. These "Real Life" issues coupled with a traumatic childhood would become the basis for RICH Tycoon's music.

Around 2003 Filthy RICH started showing signs of a comeback. He teamed up with one of his rap associates P.O. Tha Profit to form the rap group Black Bizness. Black Bizness released their first album Shop Open in 2005 off the group's independent record label Street Wire Muzik. Although the album did OK in the sales department it provided much needed exposure for all artists involved in the project and initiated talks between Bay Area rap legend San Quinn and Black Bizness.

Never one to submit to the characterization of Gangster Rapper, RICH Tycoon claims to be a Street Rapper…not as in one who raps on the streets, but one who raps about the streets as a whole. His knowledge and understanding of the street culture is what sets him apart and entices even the most street savvy consumer to tune in for a lesson.

"Life is real, and we're living it right now!