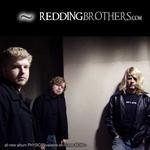 Three guys who grew up listening to their dad play Johnny Cash tunes on an acoustic guitar have embraced the spirit of independent rock & roll. From the backwoods of West Virginia, the dust of Oklahoma, and the pouring rain of Seattle, they've created their own brand of scruffy, intelligent rock.
It all began while cruising around small-town Oklahoma in an old LeBaron convertible, the mid-nineties mix of country music and alternative rock scratching through their FM radio. There the guys beat together their idea of what real music was, and what a band should be.
But their lives were about to take several twists and turns. Through the earliest years of the 21st century, they would move from Oklahoma to Seattle, from Seattle to living on the road, and from living on the road back to their original home of West Virginia.
It was while in WV, in a town with few venues and a sparse music scene, that they would first buckle down and do the one thing most bands fail to do - grow a huge, loyal audience. Where there had been no venues, they took a local movie theater, and made it one of the most popular ones around. Where there had been a sparse music scene, they helped grow a network of musicians and bands that captivated the area. And then, they started aiming for the biggest goal they could find: to fill Charleston, WV's Civic Center.
Riding a wave of anticipation, and looking for a way to grow geographically and musically, they made one final move, and headed for Nashville, TN.
From Nashville, the brothers have struck out into the college circuit, traveling as far as Tulsa, Oklahoma, and Clarion, Pennsylvania. They've been selected to play alongside performers like Sister Hazel, Gin Blossoms, and Joan Jett & The Blackhearts. And they've started doing what they do best - growing a huge, loyal audience.