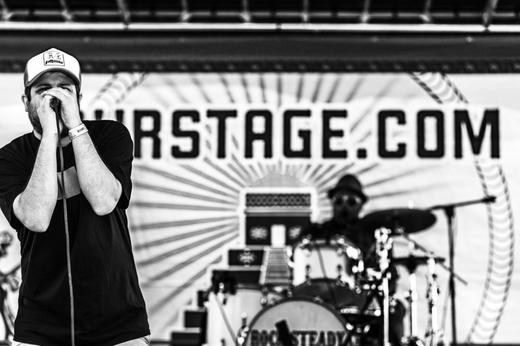 Often described as a mix of Aesop Rock and The Roots' early work, Philly Slick returns with their their effort - Everything's Game. Recorded at Bobby Eli's Studio E (Eli has mixed platinum records for Luther Vandross, The Spinners, and many more) in Upper Darby PA, Everything's Game is a six song trip through Philly Slick's current mind state: uptempo songs about art, politics, and music. The lead single, “Everything Must Go” is a critique of current advertising tactics, “That's It,” concerns itself with what happens when independent art becomes recapitulated by our society, while “Hit Song” - the lightest of the six tracks – features a jazzy groove reminiscent of early 1990s hip-hop.

Wonka Vision Feature by Wonka Vision Magazine
[MC Noesis] does it with a fireball fury of words, spitting them at you 100 miles a minute over smooth beats... and blistering horn sections.
Philly Slick Smooth as Oil by Phrequency
When Philly Slick took the stage, it was all to apparent who they really came to see...there is definitely something to be said for seeing old school Donald Duck cartoons running at the same time...
Okayplayer Album Review 83/100 by www.okayplayer.com
The songs sometimes start at a pedestrian pace that gradually builds into an all-our, resounding crescendo. The emcees and musicians feed off of each other triggering an acoustic osmosis. The...
Under The Radar Album Review by Under The Radar Magazine
8/10 stars...something that's both retro and futuristic in equal doses... a remarkably adventurous affair, sprinkling organically rich shades of funk, soul, and jazz into socially conscious...
Review: Philadelphia Slick Oil by The Round Table
Are you a fan of The Roots? If so, then you’re pretty much a Philadelphia Slick fan by default. While the group is very similar in design, a live band lead by a wicked emcee (Noesis), they’re not...
New EP From Philly Slick by Phrequency.com
Music is a journey and for the past five years, local hip-hop band, Philadelphia Slick has blazed an impressive path. From early acclaim and recognition that included a 2007 Philly Car Share Sound...
Philadelphia Slick: Everything Must Go by Stereo Subversion
Following up their last fantastic effort, Oil, Philadelphia Slick has released a new EP, Everything’s Game, and judging by the merits of “Everything Must Go,” it’s just as good, if not better. A...
PHILADELPHIA SLICK are rocking EVERYTHING right by The Burning Ear
Ahhhh yeahhhh…. I spend so much time being underwhelmed by hip-hop that when a rap jam drops this fresh and is so instantly lovable it is like a gift from above. I have been selfishly jamming to...