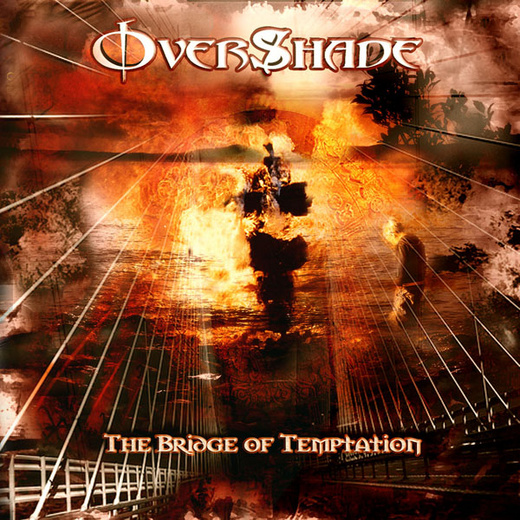 The “Overshade” project is born in February “2005 when drummer Paolo Pedana gathers the rest of the prog-power group members around himself, i.e. the “Etherlord”, composed of Tommaso Maria Guerri on bass guitar, Michele Palafreni on keyboards and piano, Alessandro Bravi on the guitar. Within a short time, while searchng for a singer, Paolo and Tommaso meet Cesare Capaccioni who initially only accepts to be a “studio-singer” and subsequently, struck by seiousness and the beauty of the project, decides to become a real part of the group. The idea was to unite different musical genres, the to link various styles and shades the each component could express. So within a short period the songs were ready, all all of them having come out Paolo’s mind and rearranged singularly by each musicians. The research of encircling atmospheres, the aim of conveying changing sensations, the choice of a slightly less extreme sound -all this without repudiating the progressive origins, is the basis with wich “Seven Visions of a Broken Life”- the band’s first demo was achieved. Self produced, SVOBL was born to be a liaison between purists of metal music and lovers of commercial genres, a means of transport to draw the ones closer to the others…

Seven Visions Of A Broken Life 2006 (The Album) by www.overshade.net
Seven Visions of a Broken Life is the effect of suffering, the Synthesis of the most common well-disposed and malevolent emotions perceptible by human being. In their future creations the Overshade...
p
A
n
E
F
Song Title by Artist Name
987654d
LM
iAnEAqqqq