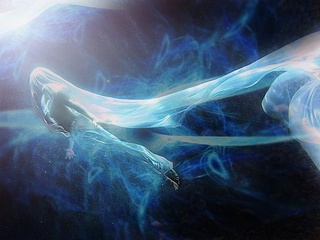 Energy, entertainment, and rock are the elements that define one of
the region's most eclectic acts...Nothing More. Having segments that
mirror "Blue Man Group" and "Stomp", a catalogue of songs that
overflow with passion, and a show that anyone can enjoy, Nothing More
breaks the barriers that define a typical "Rock Band". They have
formed a unique fusion of progressive rock and eclectic stage
entertainment, which makes them stand out in the crowd of mainstream,
cookie-cutter entertainment. In 2007 they were selected out of 15,000
bands to be featured on Fox's "The Next Great American Band", as well
as being chosen out of 13,000 bands to take home the grand prize of
the Warped Tour/Ernie Ball Battle of the Bands.

Touring extensively for years throughout Texas, Louisiana, Arkansas,
and Oklahoma has sparked a buzz that extends beyond the South and
Southwest. Being one of the regions strongest acts, Nothing More has
been given the opportunity to share the stage with some of the
hottest national artists that move through the region, including 30
Seconds to Mars, Hinder, The Used, Coheed and Cambria, Yellowcard,
and more. The energy, dedication and sincerity of Nothing More
promises a long and successful future. Take it from Frank Pain,
Program Director of Rock108, “You DO NOT want to miss this!!”