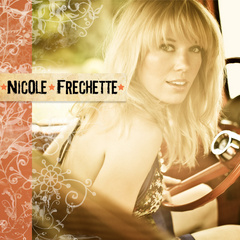 Nicole Frechette is an up-and-coming country/pop artist hailing from Madison, Connecticut who has been making quite the name for herself throughout the Northeast with her high-energy shows and her Nashville-produced debut album. Nicole has shared bills with a number of major country music acts including Tim McGraw, LeAnn Rimes, Jo Dee Messina, Rascal Flatts, Taylor Swift, Gary Allan, and more. She has played such venues as the XL Center, Comcast Center, Mohegan Sun, The Big E, and Indian Ranch,just to name a few. Nicole has also been featured in many different entertainment publications, including music's coveted Billboard Magazine, as well as on various television and radio programs. Nicole's live shows are an energetic mix of country, rock, pop, and blues appealing to audiences of all ages. www.NicoleFrechette.com www.Facebook.com/NicoleFrechetteMusic www.MySpace.com/NicoleFrechette 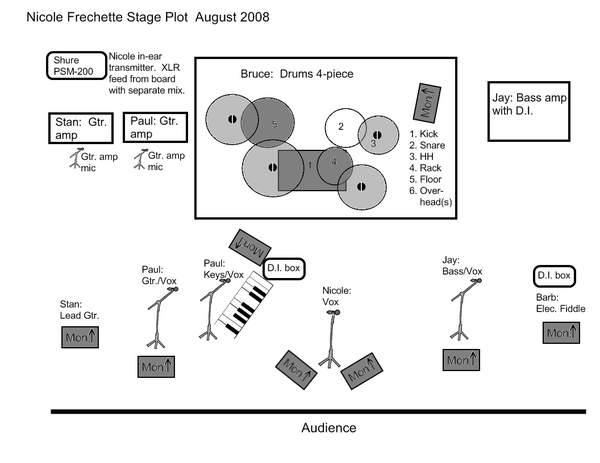 Feature on OurStage Radio in Winamp

The Source Article by The Source
The shoreline may seem like an odd place to launch a country music career–Madison is well known for its beaches and New England charm, while country music is renowned for its descriptions of...
Clear Channel's "Artist to Watch" by Clear Channel Broadcasting
“Move over Carrie!” - Clear Channel Broadcasting Nicole was featured as Clear Channel’s Artist of the Week this past October in the “Artist to Watch" section, along with artists like Little Big...
Billboard Magazine Article by Billboard Magazine
NOW HEAR THIS!! New Artist Profile: NICOLE FRECHETTE The Northeast doesn't have a reputation as a hotbed for country music, but for 23-year-old singer/songwriter Nicole Frechette, there's an...
The Shoreline Times Article by Nicole's Front Page Article
In her words, Madison native Nicole Frechette has "always and forever" known she wanted to be a singer. And be famous. An aspiring pop star who happens to be blonde, she's very anti-Britney.And...
New Haven Advocate: "Geared For Stardom"!!! by The New Haven Advocate Music
Three songs into Connecticut native Nicole Frechette's eight-track debut, it's obvious she's geared for nothing less than stardom. The opening singles deploy oodles of country cliches-too-whitty...
Maverick Review by MAVERICK MAGAZINE, UK
Connecticut-born NICOLE FRECHETTE describes herself as a country-pop singer, and that’s exactly what you get on'NICOLE FRECHETTE', her Nashville-produced debut album. With such A-team, players as...
TAXI review by TAXI A&R
NICOLE FRECHETTE: Review of “Yeah Right” From Taxi ”Nicole Frechette has a voice that is reminiscent of LeAnn Rimes, only it’s softer. Her phrasing is authentically country, her tone is very clear,...
p
A
n
E
F
Song Title by Artist Name
987654d
LM
iAnEAqqqq