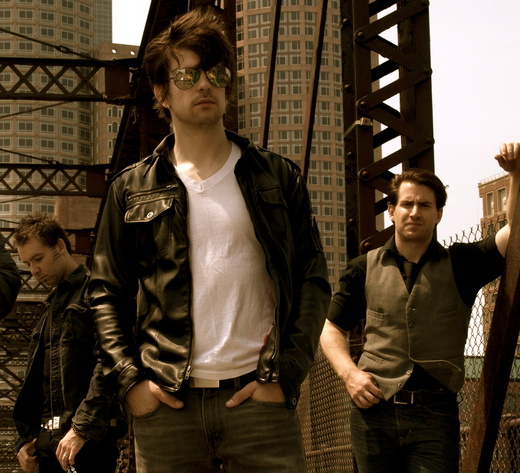 Mission Hill is an alternative rock band from Boston MA that mixes provoking songwriting, catchy hooks, moody vocals, an energetic live show, and strong musicianship with an unerring commitment to their unique sound. Since forming they have gained a large east coast following through indie distribution and relentless gigging (including a one month stint at the Hard Rock Cafe in Saigon). Their new songs have received much critical acclaim including recently being awarded an LA Music Award for “Indie Male Vocalist of the Year”, as well as being named to the number one spot on Alternative Addiction’s list of “Top Ten Unsigned Bands in the Country”. Mission Hill has shared the stage with many national acts including The Script, Boys Like Girls, Candlebox, Secondhand Serenade, Tim Reynolds, Marcy Playground, Blessid Union of Souls, WAR, Donavan Frankenreiter,The White Tie Affair and many others. With their new songs and an inspiring live performance that easily wins over every crowd they play for, Mission Hill has become one of the premiere bands on the New England music scene. New single "Crazy" was recently added to rotation on The River 92.5 in Boston and has been getting steady airplay in many cities across the country. The band has also recently been sponsored by Dickies, the national clothing line.

Alt Rock Band on a Mission by www.NJ.com
Alt rock band on a mission to create thoughtful songsFriday, April 09, 2010By Lisa RichSPECIAL TO THE TIMESMission HillWhen: 10 p.m. todayWhere: Triumph Brewing Co., 138 Nassau St., Princeton...
CD Review by Amplifier Magazine
If Mission Hill were on a mission to save rock 'n' roll - they just might do it! In a putrid pop world of digital deception and video vacuity (yes, I am referring to Lady Gaga…) among other...
Local Bands Make Some Noise by Boston Globe/Boston.com
MISSION HILLSure, we’ve seen our share of Boston bands holding down residencies at Hard Rock Cafes. But a monthlong Hard Rock residency in Ho Chi Minh City in Vietnam?Not content to build a...
Top Bands To Watch in 2010 by Boston Music Spotlight
#1. Mission Hill: They impressed all year with each show they played (including a pair of BMS showcases) and we’re eagerly awaiting their full-length debut to drop soon. With catchy hooks, great...
Live Show Review by The Philadelphia Examiner
This past Friday night I caught the show of Boston alternative indie rock band, Mission Hill.Since the four-piece group is currently recording their freshman album, which is not yet ready for...
EP Review by Wildys World
Boston quartet Mission Hill has built up a significant fan base gigging relentlessly on the East Coast over the past few years. Shows with Candlebox, The White Tie Affair and Secondhand Serenade...
Mission Hill Ready For Big Time by Boston Music Spotlight
One of the top unsigned bands in the country, Mission Hill is getting ready for the big time. They are currently recording an album due out late spring early summer, and labels and fans alike have...
A Mission of Diplomacy by The Boston Metro
Last week Mission Hill returned to Boston after having spent the last six weeks as the resident band at the new Hard Rock Cafe in, —wait for it — Ho Chi Minh City, Vietnam.Frontman Adam Jensen says...
p
A
n
E
F
Song Title by Artist Name
987654d
LM
iAnEAqqqq