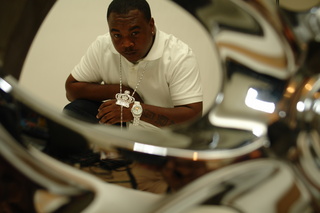 Bio Definitely the first thing people notice about artist Macharo is just how unique his name is. That’s because there is no stage name; no alter ego. Macharo is his real name. What you see is what you get. Using his birth given name is a bold statement about his confidence and untouchable swagger that he exudes at every show. Macharo currently resides in Memphis, Tn. Although he was also born in Memphis, he spent some time in “the windy city,” where his family is originally from. That gives some insight to the reason behind his unique sound. His southern drawl combined with a fast-paced big city mind state surely separate him from the rest of the game. The first time Macharo ripped the stage with a microphone was for a fifth grade class program for the parents. He has been killing shows ever since. Due to his God-given writing abilities, Macharo is making his mark as one of the most prominent lyricists to ever emerge from the southern states. His extensive background in writing began at the early age of 8. Having written songs for other artists in the game and poetry that has been published in numerous locations, Macharo now feels that it’s time to step from behind the curtain to fulfill his destiny in spotlight. He’s a hustler, a businessman, an artist, but he wasn’t born with a silver spoon in his mouth. He used to get into fights everyday. Macharo had to overcome numerous obstacles such as: severe racism, homelessness, abandonment, and being a single father to his son. He is rather down to earth and has an humble personality, but his drop of a dime temper and low tolerance for the bull; just watch what you say to him. All these things have played a significant part in the maturity process of this soon to be superstar. He doesn’t want to be just another guy rapping. Refusing to settle for just being a product of his environment, Macharo already puts business skills into effect by rising above and thinking outside the box. He wants to be a household name and is already branding himself to prove it. He currently has his own shoe line in the works. The line name is centered on his son, who also is his motivation in life. Macharo has a smooth delivery to his lyrics and will catch you off guard, so pay attention to what he says. He possesses a strong stage presence and a following like no other. His rapidly increasing fan base has sparked attention from different countries and gives him that much more of an advantage over his peers. One of the hottest rappers out of the south, Macharo has all the key ingredients to take his music straight to the top of the game and remain there for years to come. Macharo is currently promoting his 2 singles “supermodel” and “money 2 burn,” performing at various venues around his hometown, accepting collabs, featuring on mixtapes, and just hustling and networking. Some of Macharo’s influences are: 2 Pac, Notorious BIG, LL Cool J, Bun B, 8 Ball, Twista, Ludacris, Fabolous, Ice Cube, Jadakiss, Web!!!, Fro, Young Buck, Lloyd Banks, Lupe Fiasco, Game Serious inquiries about booking or Macharo on your next project Send e-mail to eatthebeat@yahoo.com info and sites about Macharo: www.myspace.com/macharo23 www.allshowbiz.ning.com/macharo www.soundtrack.mtv.com/profile/macharo www.southerncoalitionmovement.com/macharo www.myspace.com/king-mag www.qwiliterecords.ning.com/macharo www.dimeevolution.net www.djaaries.ning.com/macharo