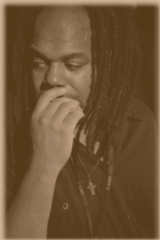 Born in New Jersey, Logan Belle has been playing guitar since the age of 13. After relocating to Orlando, Florida, Logan began carving out a niche for himself in the local music community. His first band, Angel of the Odd, garnered critical accolades from all over the southeast which resulted in signing a deal with Saturn Records. After releasing two successful albums with Angel of the Odd (the self titled debut and Timid Soul), Logan left the group to pursue a solo career. Since then he has toured extensively and released 4 solo albums (Songs from the Everville, What Kind of Show…? , Road, and Candletime), 1 collaborative effort (Taste this Future w/ Antares) and 1 album with his band Logan’s Run (Fading Stations). Logan has worked and toured with several national acts including A Flock of Seagulls and Wang Chung in addition to opening for such artists as War, Mickey Thomas’ Starship and Edwin McCain. With insightful lyrics, infectious melodies and a powerfully dynamic stage persona, Logan continues to win over new fans with his highly original musical style. His solo releases have won the praise of critics and music lovers alike. Logan continues to perform and record his original music. He has won the distinct honor of Songwriter of the Year from Songwriters Showcase of America in 2001 and 2007, as well as being nominated as Best Male Soloist in the Regional People’s Music Awards.

"Candletime" Review by Sara Wilsey - Connections Maga
4 out of 5 As a long time fixture of Orlando's (and beyond) music scene, Logan Belle has worked and toured with several national artists and released numerous records. His latest solo effort,...
Review of "Road Vol 1" by Mark Padgett- The Orlando Week
If you can make it past the Morrison acid-trip segues that stitch the project together, Belle's stripped-down dirges are heartfelt and sincere. And acoustic-driven travelogues like "Broken Yellow...
Interview for Ink 19 by Bing Futh- Ink 19
Logan Belle is doing funny voices. He's cranked up the Cockney and says "potty emergency, I'm gonna explode!" just like Wakko Warner from the "Animaniacs" cartoon series. One glance around the...
p
A
n
E
F
Song Title by Artist Name
987654d
LM
iAnEAqqqq