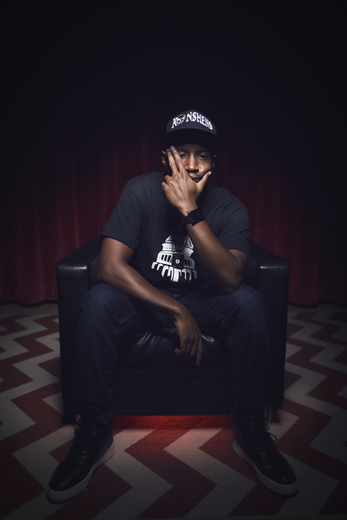 Tarik ‘Konshens The MC' Davis is a hip-hop artist, songwriter, educator and youth advocate from Washington D.C. He is currently an Advisor on the Grammy Chapter Board, Voting Member of the Grammy Recording Academy and Grammy Museum Teaching Artist. He is also the MC of ‘Classically Dope,’ which merges hip-hop lyrics with classical arrangements. He recently performed at the John F. Kennedy Center for Performing Arts and has been featured on Fox, ABC and CBS networks, in February 2017's edition of Washingtonian Magazine and more. As an artist and innovator, Konshens stands at the forefront of the evolution of hip-hop.

As an educator, he leads workshops on creative writing in hip-hop, spoken word and music production. He also teaches conflict resolution and community building through the Theater of the Oppressed with schools, educational and social organizations, in efforts to promote positivity, peace, love, support and acceptance in our community and worldwide.

Konshens has constructed his own (7-piece) band, ‘STATE of MIND.’ His newest musical collaboration ‘Classically Dope’ is compiled of members of ‘State of Mind' and University of Maryland's classical ensemble, 'The Daraja Ensemble'. Awards and Accolades include:

• Certified trainee with Theatre of the Oppressed, NYC

• Nominee at the DMV Music Awards for 3 years

• Ranking as one of the top 3 artists in "Coors Light Search for the Coldest MC" Competition for the DC/Baltimore Region.

• Named “Entertainer of the Year” by Velocity Magazine (for the DC, MD, VA region)

• Song placement on Converse project "Get Out of The Garage" distributed at Journey's shoe/clothing store across the U.S.

Konshens The MC is also planning to release an inspirational book in 2017, followed by his 4th independent album release. Konshens views life as a constant evolution and is a firm believer in the famous quote by Frederick Douglass that “without struggle, there is no progress.”

April 2010 Have DJ Irie Host Your Mixtape on VIBE.com

November 2009 Converse "Get Out of the Garage" URBAN

August 2009 My Formula. My Chance. With Polow da Don