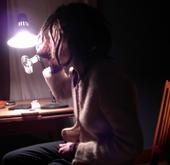 i suppose we call it freak folk
silence between…
uncommon chaos…
a love affair.

REBEL SPIRIT MUSIC by By Alyssa Rashbaum
A former theater major at Julliard, Kristen Gass is not stranger to dramatic turns and pauses and it shows on her debut EP, Band of Silhouettes with stunning results. That Gass takes chances here...
CURVE MAGAZINE by By Margaret Coble
This stunning six-song debut EP from the Juilliard School theatre major will probably get labeled by critics as experimental folk-rock, but don't let that scare you-this is primo mood music. The...