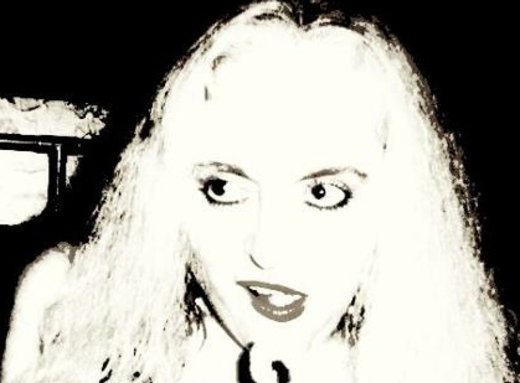 “This New Yorker brings a blues-y soulfulness to her whip-smart songwriting,” exclaims MUSIC NATION.com about featured artist Justine Wilde in their newsletter where her song, "NO ROCKET SCIENCE," is spotlighted."NO ROCKET SCIENCE," HIRED HAND," and "BULLETTE BOY" (the latter, still charting at #30 of 3,360 entries in "Top-Rated Rock MP3s") Made the 2008 Spin Magazine / Indie Signal-BMG "Hot Pursuit" Competition Semi-Finals featured on MusicNation.com! To All Who Voted For "YOU, NOT ME" and Blitzed It Through The Quarter-Finals Into the Top 10, I Love You Still, and Thank You More Than Words... Y'all Are Forever My Heroes! Started my first band as a lead vocalist / songwriter at thirteen: took out an ad in the Village Voice and held auditions in a dark, dank studio on New York City's Lower East Side; my bandmates were all in their mid-twenties.Self taught bassist: no amp / ear to the wood. Played the supporting role of Sandra, the Vocalist / Bassist, in the feature film, "The Vacant Lot" starring legendary guitarist Grant Fullerton of Lighthouse (a 13-piece-rock band). The film chronicles the tribulations of a fictional, feminist, hard-core punk band that recruits a male lead guitarist for their first tour, and all hell breaks loose! Three months of band rehearsals before we recorded the grimy score, written by renowned conductor Scott Macmillan of the SNS Orchestra.Made several appearances on television promoting my music, including a segment on a TV show, which was broadcast live to millions of viewers: I'd not heard any of the tracks prior to the broadcast and got only one take to sing the vocals...hey, that's live TV for ya! It went over very well, and I met a great collaborator thanks to the show.Cast from thousands of US / nation-wide hopefuls as a performer on VH1's, "Viva La Rock": a reality-TV show that asked the question, "Who answers 'musicians wanted' ads?" Obviously, I do.I'm also a screenwriter and filmmaker and score all of my films.Check out, "LOVE," a 115-page, feature-length screenplay (Genre: Romance) created by twenty TriggerStreet.com screenwriters each given six pages to write anything they wanted about love. I'm honored to be one of those twenty screenwriters and thrilled that "LOVE" made it into the TriggerStreet Screenplay Top Ten and remains a frequent Daily Favorite and frequent Top Tenner! Read "LOVE" (my short screenplay contribution is entitled TILT) here: http://posting.triggerstreet.com/gyrobase/Submission?oid=oid%3A1377267Check out my short story "TO THE LEFT OF THE BIG GAPING HOLE" here:http://posting.triggerstreet.com/gyrobase/Submission?oid=oid%3A1176876Watch my Originally Scored films here:http://www.triggerstreet.com/gyrobase/Member?oid=oid%3A1016329For a sneak peek at my film, "BLUR," catch the Teaser Trailer here:http://myspacetv.com/index.cfm?fuseaction=vids.individual&videoid=11427985 Doing my thing, hearing the music of the spheres...WRITING, and ROCKING ON...!Whole Lotta Love,~ Justine ~