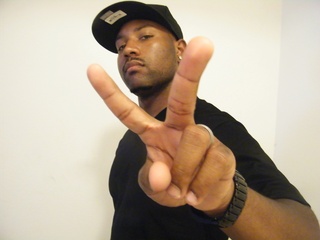 Joshua Clemons was born in Brenham Texas, August 23rd 1986. At an early age he showed much interest in music, and like many artists got his first taste of music in the church. It would not be long before he learned how to play the drums and keyboard. Due to his parents on-again – off-again relationship, Joshua went to seven different high schools and in the process of moving around found his voice in rap music. Clemons was heavily influenced by Jay-Z, UGK, Lil KeKe, Hawk, Tupac and Biggie.He began rapping at age 15, performing anywhere that would have him. In 2008 he met up with music producer Dem Jointz and created a sound that was truly his own. Clemons released his first mixtape, Freedom of Speech in the Spring of 2009. Later that year he released White Boy Swagg with the catchy single “ White Boy Clothes”. Attempting to take his solo career to new heights Clemons is now managed by Diesel, founder of Atomic Storm Entertainment and Jason Forte of Day 1 Productions.This unsigned artist is quickly gaining popularity in the Inland Empire and is excited and grateful for what lies ahead in the future.

WHITE BOY CLOTHES by
Josh Clemons — neighborhood play cousin of the New Boyz and their Elmo-fitted-rocking friends — picked a genuinely glorious beat and threw some of the most inane lyrics over 808s I’ve heard this...
JOSH CLEMONS by
Here’s some more Jerkin music for you. White Boy Clothes. Get em at White Boy Stores. Josh Clemons is he one of the newest faces in hiphop? well his song is white boy clothes is worldwide. you be...
JOSH CLEMONS by
Josh Clemons is a native of Los Angeles who is in urban market to make hit records and do what he loves doing best, rhyming.