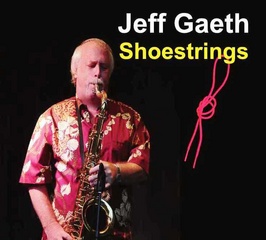 Jeff began playing music at the age of 15 in high school. In addition to private lessons in saxophone, harmony, theory, arranging and composition, he also played in numerous bands in and around L.A. and attended the University of California at Los Angeles UCLA.

After moving to Los Angeles in 1974 Jeff began his professional career working as a sideman with many "big" names in the music industry including the great Ray Charles, Donna Summer, Michael Jackson, Diana Ross, Bob Marley and the Whalers and legendary jazz musician Horace Henderson to name a few. Jeff also spent a number of years as a "session man" in many L.A. studios contributing to everything from commercials to sound tracks.

Jeff has lived in and contributed to the music scenes in Denver, Colorado Springs, Los Angeles and San Diego.

A native of western New York, Jeff now makes his home with his wife, Denni in Hawai'i..."Paradise!"

In 2005 Jeff Released his first solo album "Trade Secrets". "It was a collection of tunes I wrote through the years that just had to be recorded". The album has been well received especially in Europe.

Jeff's newest album "PARADISE PARK" has found a rewarding common ground through his love for jazz, latin and smooth melodies.
Jeff says, "it's a satisfying step forward, a musical reflection of my life and personal experiences".

Included in "Paradise Park" is "Song For My Mother". A tribute to his mother, Joan. A wonderful person "My biggest fan, I miss her".

Also included in "Paradise Park" is "The Lighthouse Keepers Daughter". A tribute to friend and inspiration Harriett Molloy. "Harriett shared with me her incredible childhood years as a lighthouse keepers daughter and her love for the Lord".

We celebrate the release of PARADISE PARK.
"My music is the true essence of what I am about...I sincerely hope the listener will be moved".
Aloha,
Jeff