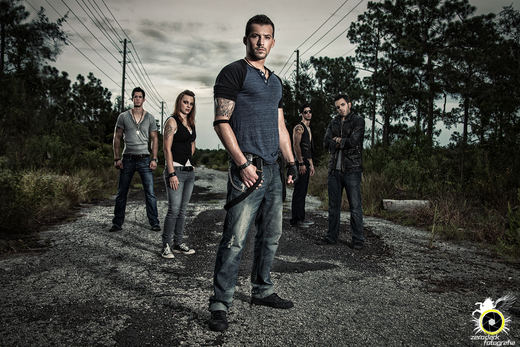 
That new sound you hear is Orlando based rock band Leaving Haven. Forming in the summer of 2011, Leaving Haven got their start by hitting local venues in the greater Central Florida area.
This new, hot, quintet is comprised of vocalist Trevor Hastings, guitarist Luke Melsenti, bassist Madison Macko, guitarist Michael Strippoli and drummer Benjamin “Bogues” Melsenti.
A common question among the band is, how did Leaving Haven come up with that name? Simple enough, each band member happens to be from somewhere that’s not Orlando! Trevor is from 1600 Pennsylvania Avenue, Mike is a Jersey boy, Madison hails from the coffee capitol of the world, and the twins come from the Nutmeg state. Point being, all the band members have “left” their safe “haven” in order to pursue their dreams. Thus, the name Leaving Haven seemed appropriate.
On the 22nd of June 2012, Leaving Haven released their first album “BAD LUCK GLORY” at the House of Blues in Orlando. Gathering enormous positive response from the album Leaving Haven continued to push it among the public of Central Florida. It wasn’t long until the band realized that BAD LUCK GLORY needed to reach a national level. In August of 2012, Leaving Haven was signed to M7 Agency and soon a nation-wide tour was booked to promote the album. The tour lasted thirty-four days and took them across the mid-west and down the east coast. To date, Leaving Haven has shared the stage with artists such as Stone Sour, Papa Roach, The Offspring, HellYeah, Hollywood Undead, In This Moment, All That Remains, Device, Volbeat, Nonpoint, Queensrÿche, Saliva, Smile Empty Soul, Hed PE and MORE!

Venue must have P.A. System sufficeint enough to mic and amplify all instruments shown in the stage plot below.

Power drops are required at all four corners of the stage! 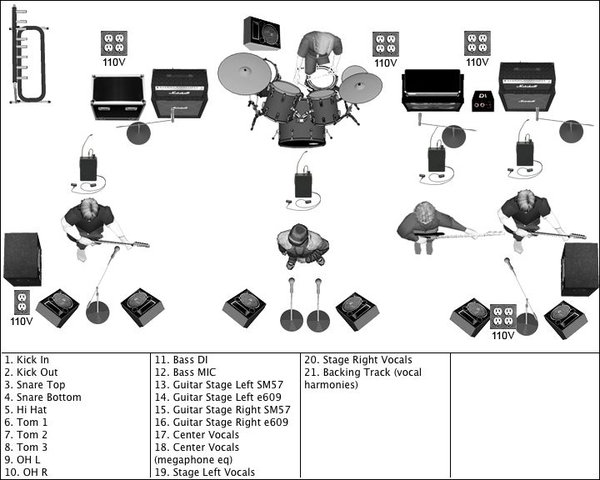