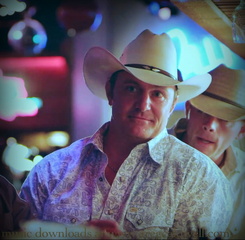 GREG CALDWELL is a name which is growing rapidly in Central Texas in country music circles and among Texas Music lovers. Greg and his band play live venues and private parties through central Texas and Oklahoma. They crank out country covers from the 50's right up through the present with an emphasis on the last twenty years and modern country. But the highlight of the show is when GREG CALDWELL starts on his own original tunes. Of course the type of show will varies based on preferences of the venue or private function. This is the perfect band for functions requiring country covers with the option of some original Texas Music. GREG CALDWELL has opened for acts such as Brian White, Wade Hayes, Hal Ketchum, and Zona Jones. With over 100 yrs of combined experience, Greg's band never fails to deliver quality music. The bus is loaded with all of the PA equipment and lights necessary to perform in most locations and settings, and the performance can be tailored to the event as background music or a full blown show.
GREG CALDWELL has nearly 45,000 friends on his Myspace website. He has been listed in the TOP ARTISTS on Myspace. Greg has been selected as “Artist of the Month” by the following websites, www.mctmg.com, www.austinmusiccity.com, www.myspace.com/countrymusicrocksazz. “Artist of the week” at www.myspace.com/cowboysandcowgirlsrule and Nominated for “Artist of the Month” at tossmmusic.com and www.rowdynites.com.
GREG CALDWELL was selected by TOSSMMUSIC.COM Number One Requested Artist out of the top 100 songs for 2008.

#1. Drive Her Out of My Mind - Greg Caldwell
#14. You Can Count On Me - Greg Caldwell
GREG CALDWELL has just recently released his first CD “TEXAS TALKIN” on August 28, 2008. You can purchase his CD at www.gregcaldwell.com.
This is what they are saying about GREG CALDWELL
Quote from WWW.AUSTINMUSICCITY.COM
“Talk about burning up a poll, GREG CALDWELL’s fans came through in a big way chalking up one of the largest totals on record at Austin Music City. In a relatively short time, Caldwell has amassed a huge fan base and it only goes to prove that if you have the talent, they’ll get behind you. The Texas artist’s entry into the music business was somewhat unconventional, brought about by an injury he received that knocked him out of the competition for awhile. “Actually, the whole thing only came together due to an injury I had during track, which put me on the sidelines for the season and left me with idle time. It was the best injury I ever had” Caldwell stated.
Afterwards, he put a small band together and they traveled throughout central Oklahoma playing venues and contests where they could. After graduating from the University of Texas, Caldwell went to Phoenix for graduate school where he got some experience in a recording studio. Caldwell says about the time in Arizona, “Phoenix was nice, but I couldn't wait to get back to Texas, so back I came to discover my career.” In 2001, Caldwell decided to officially “get serious” about his music career and began playing open mike nights around Austin and opening for other bands while steadily building a very loyal and very large fan base and at the same time becoming a respected member of the Texas music community of artists. Everyone that Caldwell has worked with in the past speaks highly of him and thoroughly enjoys working with both he and his group, Code West. The main advantage Greg Caldwell has is that he doesn’t sound like anybody else. He’s got a smooth as bourbon voice that is not limited or rangy and he picks his material very carefully. While thousands of people got to hear “Drive Her Out Of My Mind” on the poll last month, you need to check out his other songs as well. “Man Down”, “Texas Talkin’”, “You Didn’t Hear It From Me,” “Big Tractor,” all killer songs and after listening you’ll see why stations all over the country are adding him to the play list. For more on GREG CALDWELL go to www.gregcaldwell.com or www.myspace.com/gregcaldwellandcodewest to hear more and see an artist that is definitely a fast rising star on the Texas Music scene.”

HOW GREG GOT STARTED
GREG CALDWELL started playing the classical guitar at the age of 8 and became very accomplished by the age of 12. However, his real love in music has always been Country. Believe it or not, my first performance was in front of 10,000 people at the Oklahoma State FFA convention. What a break in to the music business! The convention had announced to all the chapters that they were going to be opening with live music, so a few fellow members and I put together a little band called The Four Boys Band and we were selected to open the show. We opened the convention with 2 songs and I was hooked. I knew that one day I wanted to do a lot of singing. Actually, the whole thing only came together due to an injury I had during track, which put me on the sidelines for the season and left me with idle time. It was the best injury I ever had. Our little band entered a contest or two and played several venues in central Oklahoma. We even played in the bar where it is rumored that Garth Brooks bought the song, "Friends in Low Places". Eventually the decision of college vs. the band came and I headed south chasing warmer weather, a college education, and of course, beautiful Texas women. After graduating from the University of Texas I headed straight to graduate school for a quick year and a half in Phoenix, where I did a little singing in the studio. Phoenix was nice, but I couldn't wait to get back to Texas, so back I came to discover my career. In 2001, with a finance career firmly established, I decided it was time to seriously pursue music. After spending a few months singing and playing 'open mic' nights around Austin, I eventually helped found a band. We went by the name of "Greg Caldwell and Texas Tradition". We got lucky and played a lot right from the start because we were fortunate enough to open for another local band in bars all over the Austin area. Currently, I feel very privileged to be playing with the guys in Code West. I am very excited about the project and look forward to a lot of serious pickin' and grinnin' in Central Texas.