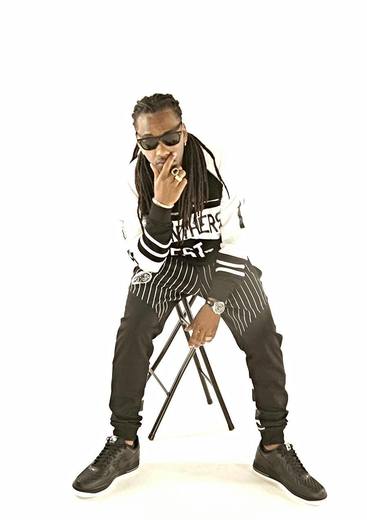 Chu’Zu
Nigel “Chu’Zu” Ross is the notable artist of East Texas. His music is deeply rooted in the self-projection of flaws, life lessons and experiences, as well as real-world situations. His versatility is one of a kind and entertainment for the whole world. The hypnotic sound of the 22-year-old Texas-bred musical wonder known as Chu'Zu got his start after giving party people just a swig of what he’s sipping on with runaway singles “Cranberry Vodka” and “Hello Kitty” at the young age of 15.

Chu’Zu got his start in the music industry by engaging with family.  At a very early age, he was exposed to the world of audio engineering and producing. “When I was about nine, I studied how my family made their music,” Chu’Zu thinks back, “But when I got old enough to do music, I added my own swag to it and went from there.” Since obtaining a degree in Audio Engineering from the Conservatory of Recording Arts and Sciences, this led to the development of Chu’Zu as the artist we know today.

Although party music was the thing to do, he has been focusing more on his lyrics, by reading and studying his musical influences such as 8-ball, MJG, Tupac, Michael Jackson, Outkast, James Brown, Slick Rick, Biggie, and amongst many others.  I made it a priority to better my word play and mature as an artist.”  He studies every meaning of every lyric. “Every word has to mean something. Outkast says’ It’s the art of storytelling.’…after every bar there’s a transition. There has to be a steady flow and meaning for every word that’s said.”

Another, thing that gets the interest of people that don't know Chu'Zu is that he believes in "footwork", actually getting out in the streets and making a connection with his fans face-to-face. "I had to learn that if nobody helps you, you've got to do it yourself sometimes." "Every Show we give out a number of CDs to everyone there, whether they want it or not."


Still pursuing his music career at 22, he’s fortunate enough to own a night club called "Valley Blues" in his hometown of Tyler,Tx. Valley Blues is where he gives his city new music and tries out his music first.  He’s also partnered with KushBlends and made his own air freshener which sparked the idea of marketing and branding, a degree he is pursuing right now at University of Texas-Tyler.

A project that is in the works is “Next 2 Blow”. The last project was dropped in 2012, “Mind of A Pimp, Vol. 2”.  There were over 150 songs made for the Next 2 Blow project.  This project will include features from artists such as Devin the Dude and Mo3, plus many more! Look out- the best is yet to come!