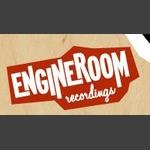 Engine Room Recordings (ERR) is an independent record label with national distribution through Select-O-Hits. We've been around since January 2006. Our first year was dedicated to creating a fully functional structure and develop solid relationships with our retail, tour, distribution, press and licensing partners. We also released our first record, "Twisted Heart" by Goat, an old friend of ERR co-founder Mark Christensen and formerly signed to Columbia and Interscope Records. In 2006 Goat went #21 in the Triple A charts, toured nationally (including opening slots for Madeleine Peyroux), made several TV appearances, and was written up all over the US. January 2007 saw the release of Porter Block's debut album "Suburban Sprawl", with constant North-East and Mid-West support tours, a great music video, a string of Borders in-stores and several radio campaigns.

In 2007 ERR released "Guilt By Association", a compilation with some of the biggest names in indie music covering their favorite guilty pleasure pop songs in their very own way. The album includes Devendra Banhart, Jim O'Rourke, Luna, Will Oldham/Bonnie Prince Billy, The Concretes, Petra Haden (The Decemberists) and others covering Journey, Destiny's Child, Paula Abdul, Mariah Carey and more.

2008 is an exciting year for Engine Room Recordings, with recently signing the band The Bloodsugars to the label. Porter Block is also releasing his latest album “Off Our Shoulders” in April. Along with these exciting updates, a second volume of “Guilt by Association” is currently being worked on! Be sure to check back for more updates on Engine Room Recordings!