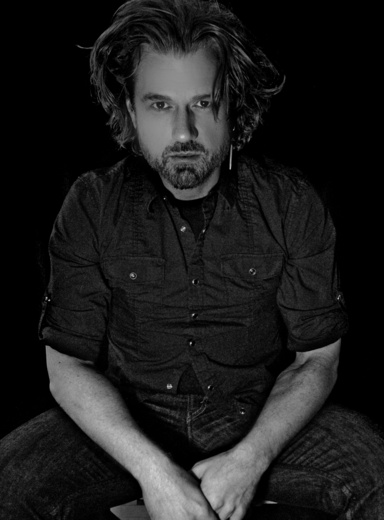 I am a New York City based singer/songwriter. My new record "Everything" is now available on iTunes, CDBaby and Amazon.com. Check me out on myspace.com/Coreytutor at coreytut.com for more info. Here's a quick article about me and my new record written by Tracy Pepper:

From the opening blast of high-voltage guitar on “Someone Else’s Problem” — the lead-off track on Corey Tut’s debut album Everything — the New York City-based singer, guitarist, and songwriter announces himself as a serious triple threat. Brimming with pop melodies, driving modern rock guitar hooks, and punk energy, Everything has, well, everything from powerful, chugging rockers (“Right Where You Belong,” “Keeping Up With the Jones”) to buoyant pop/punk (“So What”) to brooding power ballads (“Everything,” “Way Back Home”) to melancholic acoustic-driven numbers (“Wayside,” “Not Leaving”). From start to finish, the album is a showcase for Tut’s range and versatility as a songwriter, not to mention his caramel baritone and million-downstrokes-a-minute guitar work. “I love the energy of punk, but I also love a melody,” Tut says. “I love a good hook. First and foremost, I’m a singer, so I like a good melody behind me.” Born in Champaign, Illinois, Tut developed a craving for music growing up as a military brat. He spent time shuttling around the Midwest before landing in Fort Hood, Texas where his stepfather was posted with the Army. “There was nothing to do there but fight off the snakes and lizards,” Tut says. “I had an AM radio so I was just kind of glued to that until I was about 14. It was a very strict household, very military.” He found his escape by writing songs on his grandmother’s piano, which he taught himself to play. “Then 10 years ago I picked up a guitar and that totally changed everything.” Tut says. By that time, his family had moved back to rural Illinois and Tut decided he needed to get out of the Midwest. “Living in a town that’s totally surrounded by cornfields with cows grazing outside my window, I just had to get out.” He went to visit friends in New York and fell in love with the city’s energy and vibrancy. He decided to stay and found himself an apartment in Manhattan’s rough-and-tumble Hell’s Kitchen neighborhood. “New York felt like freedom to me,” Tut says. “I never felt like I fit in growing up, and here was a place I could lay down some roots and become me. It was very exciting.” The freedom had a transformative effect on his songwriting. Tut kicked around the city’s rock and punk clubs, like CBGB and Coney Island High, soaking in the music and performing his own stuff. “Then a few years ago, I went through a major upheaval. I had to shed everything and start from scratch. That’s what Everything is about. I just felt like I needed to rid myself of the negativity that was around me. Writing the songs on the album was a very cathartic process.” Indeed, lyrically, Everything comes across, in large part, as a giant kiss-off to ex friends, ex lovers, and ex business associates. The lyrics are volatile, agitated, with an impassioned vocal delivery to match. “My songs definitely come directly from my life,” Tut admits. “And the people they’re about generally know who they are. I’m better writing down my feelings as opposed to verbalizing them. That’s how I get everything out, by writing songs.” To help him achieve his sonic vision for the album, Tut turned to the Brooklyn-based production team Super Buddha — Barb Morrison and Charles Nieland, songwriter/musicians turned producers who’ve worked with Deborah Harry, Rufus Wainwright, and the Scissor Sisters. “They just immediately got it,” Tut says. “It was like they could read my mind. They really brought a lot of the album’s pop sheen and were hugely instrumental in my not being afraid of the word ‘pop’.” Completed in Summer 2007, Everything is Tut’s calling card as a studio artist, but his heart really lies with performing live. “I wanted to make a big rock record that I could take on the road with songs that would allow me to put on a great high-energy show,” Tut says. “I love being on stage and throwing that energy out to the crowd and watching them go nuts. One of these days I’m going to do my sensitive singer-songwriter, mellow record,” he says with a laugh, “but this is not the time.” www.coreytut.com

Solo Acoustic: 1(one) microphone, 1(one) DI for guita

TuT's Treasures by New York Daily News
“TuT draws from pop, rock, and punk influences to deliver a unique live performance”
by Talk Magazine
“Corey TuT knows how to write, sing and play a great pop rock song. The music is large, the guitars are heavy and sometimes loud, and it is heartfelt...powerful..a rollicking good time. Do yourself...
by SoHo Journal
Finally something I can listen to has emerged from the abyss of pathetic, whining weirdos who inhabit the airways and all of music television. This guy F'in rocks. Close the porn, log on to itunes...
by Mike V, Hidden Sanctuary Radio
“There are few singers who would make me want to put a CD in repeat play as much as Corey TuT. He has an innate gift for song delivery (and) exudes talent with every note sung and every chord...
by DNA Magazine
TuT's music is brutally honest and his voice is as powerful and hard as it is warm and pure...a bona fide rock star