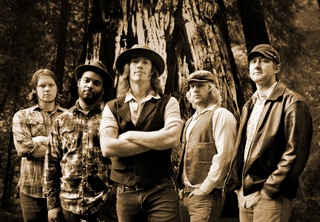 Cody Beebe and The Crooks

17 Vocal of stage, 1 in rear for drummer

Monitor notes: We can use as little as 4 monitor mixes, kick, snare, lead vocal all around as a

starting point... we'll establish the rest of our mixes during soundcheck. 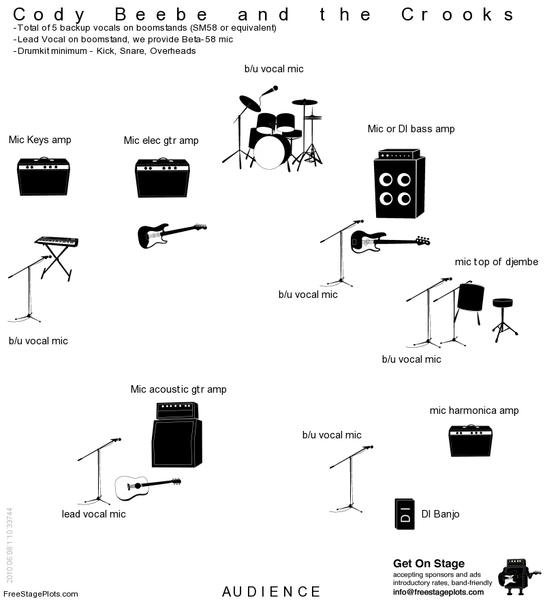 Cody Beebe and The Crooks-NectarLounge by Chris Senn
Friends, family and people out looking to enjoy local Seattle music on a decidedly mild Saturday night packed the sold out Nectar Lounge in Fremont to celebrate the release of Cody Beebe and the...
Cody Beebe and the Crooks by CAMBREE BENETUA , STAFF REPORTER
They are a mix between country twang and rock n' roll," said Ashley Bone, junior business major. "They sound almost like if Kurt Cobain were to do a country song - it's sultry.
p
A
n
E
F
Song Title by Artist Name
987654d
LM
iAnEAqqqq