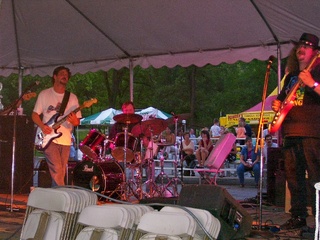 Clifton Printy has over 20 years of performance experience and is ready to play for you. Playing with the notorious Don't Know JAC Band,capable of covers or originals and ready to entertain. Look for the Fabulous Bolt Ons CD on ITunes "The Beenie Weenie Incident" featureing One Don't Know JAC song, and Two other Clifton P. songs. Clifton also played throughout the album.

We carry enough equipment to play up to two hundred people including lights, but anything larger than that requires a sound setup. We are not fussy as far as equipment as long as the soundman is capable. We can work with Either Direct boxes or mics, and have most of our own as necassary.
Stage Plot: 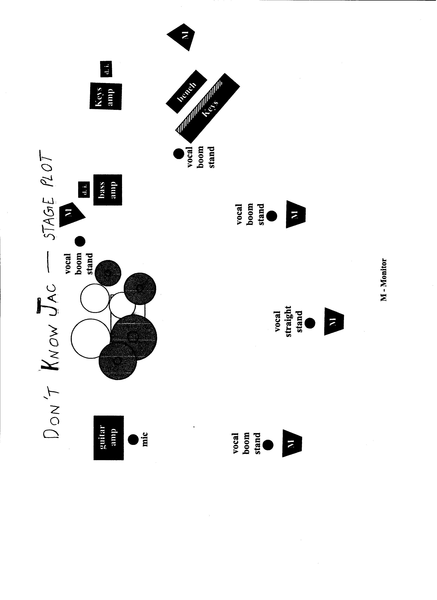