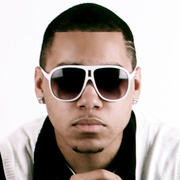 Minnesota-based urban singer/songwriter & producer Chrishan made a name for himself in late 2007 with the smash single "2 Late 4 Us." Now 2009, Chrishan plans to put Minnesota music on the scene with his debut major label single "Trick Look At Me Now" featuring "Thicka Than A Snicka" rapper Meech. Originally a Toledo, Ohio native, Christopher Dotson aka Chrishan grew up in an very musical family including "The Dotsons" an all-family singing group which bred soul singer and cousin Lyfe Jennings. Shortly after moving to Minnesota at the age of 10, Chrishan began to pursue music heavily with the help of his father. His father, also passionate about music, crafted the r&b singer and eventually gave him a studio of his own. Shortly after graduating the High School for Recording Arts in 2007, Chrishan began heavily pursuing his music career on his own, creating an internet buzz that rivaled even the most popular artists of today. With a marketing and promotional genius, Chrishan released his first independent single at age 17, selling over 15,000 units and catching the attention of many record label execs. Trick Look At Me Now is the first single from Chrishan's debut album, slated for a late 2009 release. The track was leaked in April 2009 and was an immediate success. The once Pop/RnB crossover, was now the gritty, soulful "bad boy" of R&B. I think one of the reasons why the song has had this success is because everyone was looking for a stress reliever", says Chrishan. "I think sometimes people want to hear the blunt, uncut truth, and I'm not gonna sugar-coat R&B. Taking after the likeliness of older cousin "Lyfe Jennings," Chrishan vows to deliver an "untold side of friendship, love and hate."

Chrishan: The New Bad Boy by SingersRoom.com
No he's not down with the Bad Boy crew but he is the new "Bad Boy" of R&B. Singer, Songwriter, Producer, and Performer are just a few of the words you can use to describe 20 year old Chrishan,...
Chrishan Readies 'Real Talk,' Debut Album by SingersRoom.com
Singersroom Freshman Class honored singer/songwriter Chrishan says there will be no sugarcoating when his debut album arrives in stores. I'm not going to sugar coat anything for you. I'm going to...
p
A
n
E
F
Song Title by Artist Name
987654d
LM
iAnEAqqqq