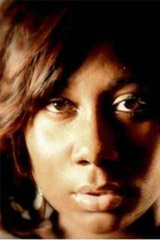 Brittany C. Myree is a native Detroiter, who has been singing since she was about four years old. She started in the youth choir at Mt. Zion Missionary Baptist Church, and later became a part of Mosaic Youth Theater of Detroit. At 11 years old, she joined the ensemble (she was the youngest member during that time to be admitted), and stayed for six years. Mosaic is where she learned many musical techniques such as harmonizing, writing music and performing in front of large crowds with confidence. She was among the few that sung for President Clinton when he visited Detroit and has performed many times for sold out crowds by singing with the mass choir and the quartet. Mosaic also allowed her to travel and perform in numerous cities and out of the country, including Senegal, Africa, where she was one of the select few to participate. She has been a part of a few R&B singing groups who have performed at several venues in Detroit, but Brittany has always desired to be a solo artist. She has won a number of local singing contests with groups and on her own. Singing has always been Brittany’s dream. She is a natural born performer with a desire to be the best by using her abilities and grace to draw her audience in. She is presently in college studying psychology in hopes of counseling young children.