As a founding member of critically acclaimed, college radio darlings “Peatmoss” in the mid-90s, Brad has toured and played with Jeff Buckley, Cake, The Wallflowers, Alanis Morrisette and The Dave Matthews Band - to name a few. In performance settings ranging from solo acoustic to full band, Brad has cultivated a loyal grass roots following, from LA’s Viper Room to New York’s CBGBs (and many points in between). The thrilling band playing live with Brad these days includes Grammy-award winner (and member of Keith Richards’ band) John Pirrucello on pedal-steel guitar, drummer Larry Beers (formerly, Sonia Dada), the excellent Mike Troglia on guitar and brother Ted Peterson on bass and backing vocals.

4 mics on all but the drummer 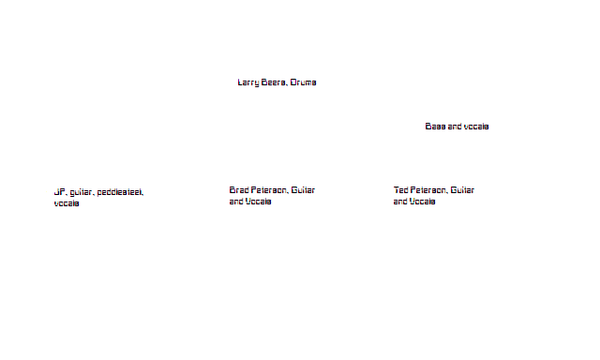 Though in the 'Red,' Peterson no longer starving a by Andy Downing
As a 25 year old, singer/songwriter Brad Peterson discovered how difficult making a living in the music industry can be. He toured as a solo artist in the early '90s, even performing a show at CB's...
p
A
n
E
F
Song Title by Artist Name
987654d
LM
iAnEAqqqq