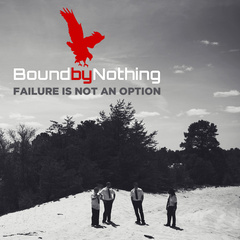 Bound By Nothing has settled into their role as one of the premier modern rock bands in the Tri-state area. BxN has shown time and time again that audiences of all ages thirst for hard rock that is accessible. The band has maintained their reputation for professionalism and has resisted the urges that are prevalent in "the scene". BxN continues to host concerts at venues not typically frequented by independent rock artists. It's this "Do It Yourself" attitude that allowed the band to produce the vast majority of their LP, "The Color Line", all while collaborating with Grammy nominated producer, David Ivory. "Hold On", was voted the top spot in MTV2's Best Breakout Philly artist competition, solidifying the band's stature in the region. BxN is sponsored by Spector Guitars and Ladner Amplification. The spirit that Bound By Nothing was founded upon; Ad Astra Per Aspera ("Through great struggles.... the stars.")

Plenty of room...LOL. We've got some big boys in this project!! :D
Stage Plot: 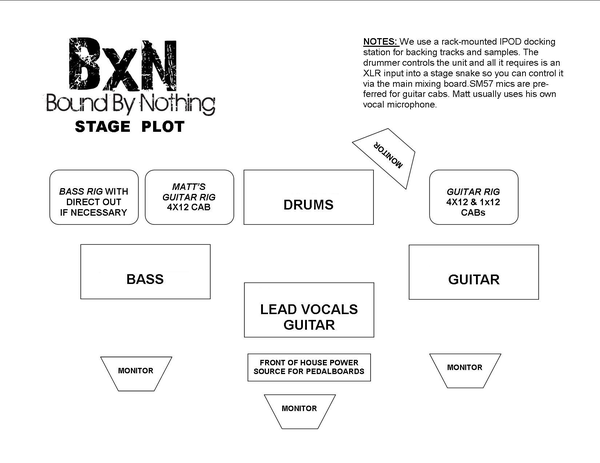 Band of the Week: Bound By Nothing by The Atlantic City Press
Alternative rock fans who love to have a good time will be more than happy to hear about a little something called the Festival Of Fire, which is taking place Saturday, April 19, at 1 p.m. at the...
p
A
n
E
F
Song Title by Artist Name
987654d
LM
iAnEAqqqq