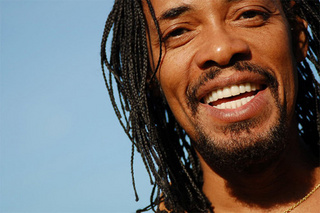 The Billy Jones Story : “…the times and travels of an american bluesman.”___ http://www.myspace.com/billyjonesbluez The NEW American Bluesman :___ The Urbanization of Delta Blues___ http://www.allaboutjazz.com/php/article.php?id=32550 ___ …songwriter, actor, guitar/vocal, sexaholic, entertainer… “what really got to me were the lyrics. …it is “blues” transformed, updated and urbanized.” Taking Blues to New Places with R&B, Soul, and Urban Style : ___"Exquisite Modern and Traditional Blues and Neo-Soul by one of the most talented artists on the contemporary scene. Billy Jones is a young, genius-level, totally charismatic veteran who shows all the signs of becoming as big or bigger than Buddy Guy. This young man has enormous talents. I recently witnessed a 2-song DVD by Billy and his band that just added to my excitement regarding this on-stage dynamo who boasts movie-star good looks, a Huge voice, great guitar-playing and a Hot repertoire of tunes. All tracks were written by Billy …and what a voice! With Billy Jones showing so many talents and covering every single genre close to Blues, the Man is a ‘can’t miss’ star-in-the-making…No wait, he’s not in-the-making…He’s made! If a major U.S. label doesn’t scoop up this high-level Blues genius within the next 3-4 months then we’re all in trouble! But, whatever happens, No One is going to keep a lid on Billy Jones. He’s off on-a-rocket folks and we certainly need a Big Blues talent like his." ___"One of the very Best Authentic Modern Blues and Soul albums in recent memory."___ http://www.realbluesmagazine.com/___ http://myspace.com/billyjonesbluez …gangsta bluez from the ghetto. …gangsta bluez for the ghetto : ___"Billy Jones is one of the ‘good guys’. He is a young man from Arkansas who is truly interested in advancing and extending ‘Great Soul Music’ from the Ancient to the Future’ and making sure that it is available for future generations. As such he is one of my personal musical heroes. We don’t have enough artists like him and hopefully he is going to inspire others. Updating the blues for the 21st century is not an easy matter… Billy Jones has managed it. Think Bobby Womack with Curtis Mayfield’s social conscience and you are getting close. Perhaps the most important thing to note is that his sound is more acceptable to modern ears and maybe that will get more people to listen to his message. Jones has a voice that will enchant you. This is a fine, soulful album. It’s a first person rumination about “growing up in the ghetto” that packs a poignant wallop. The message is deep and heartfelt… lyrically-inspired Contemporary R&B."___ http://www.Soul-Patrol.com ___ http://www.blackplanet.com/billyjonesbluez “Billy Jones brings back the Thrill that once belonged to Jimi Hendrix, Stevie Ray Vaughan, Frank Marino & Mahogany Rush. …A refreshing blast of the really great sound of Healing Blues, Jazz, Funk Music. Loaded with Rich Blues Tradition B.B. King, Muddy Waters, Even Johnny Winter Flavors. I’d recommend this to any avid blues listener and I look forward to hearing more from the reclusive Billy Jones.”___ www.southerncoalitionmovement.com/billyjonesbluez ___ www.centerstagechicago.com/music/whoswho/BillyJonesBluez.html The Incredible Resurrection, Metamorphosis and Re-invention of Blues and Soul Music : “No one who I can think of, except perhaps James “Blood” Ulmer, has taken a truly contemporary look at traditional blues with the musical and lyrical intensity of Billy Jones. While Ulmer’s music is often dark and angry, Jones takes a more restrained and soulful approach while still expressing deep love, despair, and other intense feelings with his music. Musically, there is a mix of styles on the CD. Jones can hammer out some hard, driving blues or go more traditional in his approach. But what really got to me were the lyrics. There are several songs where Billy gets into the urban problems of his “hometown.” The modern, urban blues lyrics start right from the beginning of the CD. He starts out with some slow jam/blues in a ballad called “Here With You”. He sings of how deep his love is: “your love is much warmer than my prison cell, so if the homies ride tonight I think I’m gonna stay right here”. With the second track, “Pull My 44”, Jones sings of a jealous lovers’ rage. He describes his lovers’ beauty and talks about how he’s jealous and if “I catch you messin’ wit’ my woman, Man I’m mo’ pull my 44”. The music has a Mississippi Delta component to it, yet it is modern and urban. Later, we hear “Crystal”; this is a semi-psychedelic rocking song about his addiction and the dangers of Crystal. It’s not a girlfriend named Crystal, but crystal methamphetamine. In the title track, “My Hometown’, Jones talks frankly about the problems in the ghetto. Schools not teaching you what to do, gangs, violence, meth labs, broken families, and a repressive system all become part of these modern blues. Jones goes a more traditional R&B route with music and lyrics in cuts like “Right Now” and “Never Let You Go”. The deep bass notes driving the beat and his vocals are a throwback to an older soul era where he sings of loves won and lost. In “The Clown” Billy goes to his guitar and sweetly bends some notes to punctuate the song about his lost love, where he states “and girl for you I’m just a clown.” Top to bottom, this is a nice little CD. Jones calls his music “Bluez” and sings about the problems of his life and hometown with heart and feeling; it is “blues” transformed, updated and urbanized. This North Little Rock, Arkansas musician is the real deal and “my Hometown” is a great CD!”___ http://crossroadsreviews.blogspot.com/ Billy Jones Bluez Links :___ http://billyjonesbluez.hyves.net/ …europe___ http://myspace.com/billyjonesbluez …usa___ …Official Website___ http://musictrax.jp/billy_jones_bluez …japan___ http://www.blackplanet.com/billyjonesbluez …usa___ http://losangeles.going.com/billyjonesbluez …los angeles___ http://www.facebook.com/profile.php?id=551528789 …usa___ http://myspace.cn/billyjonesbluez …china___ http://www.youtube.com/watch?v=8oWMVvlG64U …video___ http://www.youtube.com/watch?v=raoYbdFUdrg …video___ http://www.liveforlondon.com/profile/billyjonesbluez …united kingdom___ http://www.nextcat.com/billyjonesbluez …hollywood___ http://reverbnation.com/billyjonesbluez …usa___ http://www.livebluesworld.com/profile/billyjonesbluez …da’ hangout___ http://www.southerncoalitionmovement.com/billyjonesbluez …da’ homies