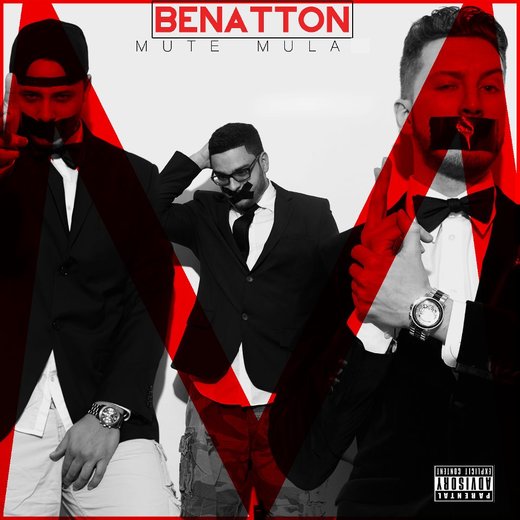 A Frenchman, a Dominican, and a Black dude walk into a recording studio… this isn’t the opening line of a lame joke, it’s a day in the life for the men of Benatton. Parlay, Jay Suarez and ToNe each rep a different hometown (or country) but bring it together to start the strangest party you’ll never forget. Based out of North Jersey, the diversity between these pretty boys look like a Benetton ad but sound like Wu-Tang trying to karaoke their way out of a European rave. In more technical terms, they have a hip-hop based sound with pop, techno, and rock influences. Their music is a grab bag of musical stylings made to attract a variety of people because Benatton finds beauty in differences. Benatton aims high to push the boundaries musically in order to bring about a level of creativity that is as diverse as the individuals themselves.

4 Wireless microphone with 1 fully charged back up battery for each microphone.

Microphone stands for each microphone

Benatton Kick Rocks by Bio Magazine
Eery, dope, concise, the guys of Benatton definitely didn't disappoint with this video. Lyrics, flow and beat and concept went hand in hand on this one, can't wait to see what else these guys have...
"1Train Remix" by A.L. Roberts | Music, WBM First Listen
Giving the world their take on the popular “1 Train” track by ASAP Rocky, hip hop trio, Benatton approaches the song with some flair of their own in this remix. Introducing themselves to ears in...
"Harlem Shake Remix" by A.L. Roberts | Music, WBM First Listen
With all the buzz surrounding the Internet craze that is the “Harlem Shake”, stand-out Hip Hop trio from New Jersey, Benatton gives their take on the viral videos by creating a song of their own....
"Mute Mula" by A.L. Roberts | Music, WBM First ListenEdit Edit
We can’t even deny that after hearing what this hip hop trio is doing, their impact impressed us just as they have the world. So if you didn’t know, Benatton is making music fun again and you too...
LIVE FROM NEW YORK: Pastele, Benatton, Jay Saint & by Melismatic
She then handed the stage over to fellow New Jersey-ians in the trio of Parlay, ToNe & Jay Suarez, better known as Benatton, a fun party troupe full of charisma and one-line lyrical jokes, who...
WATCH THIS! Benatton Kick Rocks by Melismatic
The boys in Benatton have just dropped the music video for their hype song "KickRocks", an unrelenting burst of bravado that comes much harder than their party material I first associated them...
p
A
n
E
F
Song Title by Artist Name
987654d
LM
iAnEAqqqq