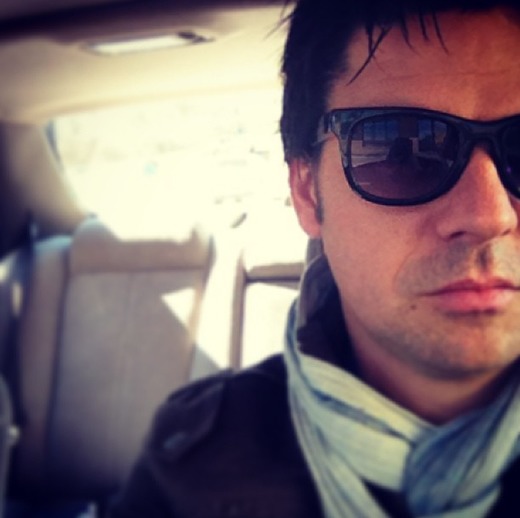 An emerging singer-songwriter from Australia with a voice bigger than his little town could contain, Anthony followed the city lights to Sydney, making it the stage from which he would deliver his debut album DISAPPEARING DAY. This lead to interest from the USA and the decision to move to the song-writing capital of the world, Nashville TN. In 2008, after arriving in the USA, Anthony garnered his first American TV placement. “Walking” from his debut album, featured on the top rating NBC program "The Biggest Loser 5". It was broadcast into millions of American homes and aired around the world. In the same year, he embarked on an American tour opening for guitar virtuoso Tommy Emmanuel. From the East Coast to the West Coast and North to South, Anthony’s music and live charismatic onstage performance crossed 18 states and exposed his music to more than 20,000 new fans. “There’s nothing like the feeling of playing my music to a new crowd. The audience here are so warm and responsive.” Anthony reveals. The Anthony Snape back-story recalls years of school productions, local rock bands and a passion that couldn’t be satisfied. He worked solidly as a session singer for Radio, TV and as a backing vocalist. Resulting in Anthony co-writing and recording the Sydney 2000 Olympic games theme song for the official National Radio Network. He was then invited to perform in the UK where his performance was televised live to an international audience. Along the way a chance encounter with producers Matt Fell and Lindsay Rimes re-aligned the focus. Laying the foundation for a straight down the line pop rock record with Anthony’s guitar and vocals, backed by a hot band and a fresh studio sound. Delivering more than just commercial appeal, “Disappearing Day” reveals a depth and maturity that strikes at the heart of the listener. 2009 is set to be an exciting year with Anthony showcasing at the biggest music industry event of its kind in the world, The SXSW Music Festival in Austin, Texas; March 18-22. With an infectious energy and comparisons to Rob Thomas, and Neill Finn, this genuinely talented, level-headed guy is more than you expect. This is ANTHONY SNAPE. Anthony’s ”Disappearing Day” album and “Acoustic Sunday” enhanced CD are available now on ITUNES and at anthonysnape.com www.reverbnation.com/anthonysnape www.myspace.com/anthonysnape www.anthonysnape.com

Rave Mag CD Review by Rave Magazine
www.ravemagazine.com.auNOT DISAPPEARING AT ALL, IF HE HAS HIS DAY.Originally from Gunnedah, currently based in Sydney and planning to take on the world, singer-songwriter Anthony Snape already has...
Anthony Wins Songdoor by songdoor
www.songdoor.comWhat are the odds?! An Aussie transplant to Tennessee, with a co-writer from Sydney, Australia, wins SongDoor for the second year in a row! This year’s winner is the very charming...
by Hotsource
Anthony's USA TV DEBUTHOTSOURCE10th April 2008Australian singer songwriter Anthony Snape has been out of Australia for less than 2 months and he’s already making his mark on the US music scene....