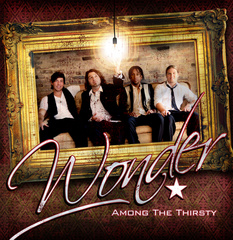 Our purpose is to present a unique style of the Gospel to the world through our music. We strive to live a life that is worthy of God's presence, to proclaim the Majesty and Holiness of Christ with our gifts, and to speak words of hope and life to all those who are searching and hurting. We make a strong effort to be straight forward with the gospel and not to be timid when sharing the Good News. All the talents and gifts that we have are by the grace of God. It is out of thankfulness for all that God has done for us, including giving us these gifts, that we are ‘Thirsty’ for more of Him.

Thank you to everyone who has supported us in our ministry. Without you, we would not be able to do what we do. We hope to see you on tour soon, “Thirsty” for the presence of God. 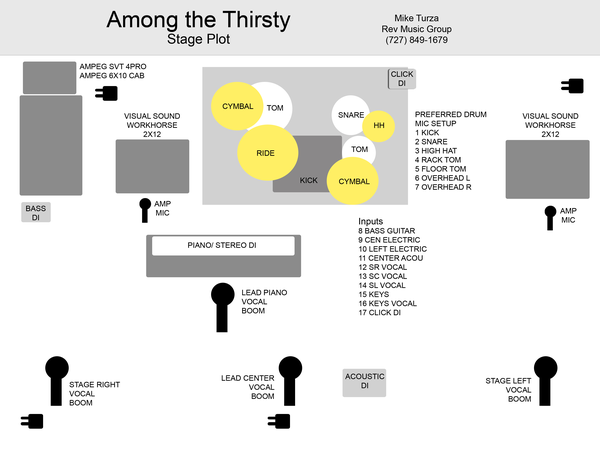 AMONG THE THIRSTY PERFORM AT BCF by
On Tuesday, April 3, The Baptist College of Florida (BCF) in Graceville, Florida, welcomed Christian recording artists Among the Thirsty. The band, which has played with such artists as Casting...
Praise the Lord, and tighten the guitar strings by By MICHAEL KRUSE Published August 28, 2005
We'd love to get our music out everywhere," he was saying. "We'd love to get them on secular stations - not just Christian radio.
Another use for duct tape by EVA WOLEVER
CLEARWATER (FBW)–Six years ago Greg Smith decided to stop envying the “jocks” of his middle-school band – members of the percussion section – and join them instead.No drums? No problem.The...
Rock of the Bay by Sean Daly
Among the Thirsty,Homeward BoundThere's a good reason why Clearwater Christian rockers Among the Thirsty were chosen to open for Bon Jovi at the St. Pete Times Forum in February. And that reason is...