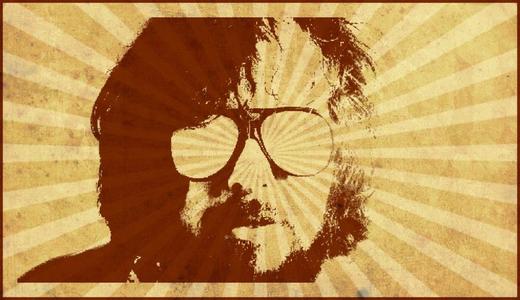 About Dreaming in stereo

Dreaming in Stereo is churning a style of music coined by band and press alike as Progressive Pop. Dreaming In Stereo is the brainchild of Fernando Perdomo, a Miami based and accolade-laden singer/songwriter responsible for every ear-turning sound and instrument emanating from his self-titled debut album. From an early age, Perdomo effortlessly gained a reputation as a high-in-demand session musician for top grossing international acts. This is where he sharpened his virtuosity as not only a guitar hero, but as a seasoned stage entertainer at barely 20 years of age. A child of the flea-market-record-buying variety, Fernando began collecting thousands of titles spanning genres and generations; from King Crimson and Gino Vannelli to Genesis and Sesame Street Fever (a furry take on the Saturday Night Fever soundtrack). Reared on what can only be described as such musical potpourri, Fern developed a style of writing, performing and playing that referenced a larger musical scope than one would expect from an early 20-something year old. Amidst the international tours, TV appearances and growing personal profile, Fernando found time to lay down musical ideas that began to take the shape of something too personally branded to become part of the varying groups he played with. The result was an unabashed slap in the face of musical conventional wisdom. A collection of songs that were greeted with nothing less than glowing reviews from press, radio and fans alike. So it’s no surprise that national media like Guitar Player Magazine, Keyboard Magazine, and DrumHead Magazine took notice of the project and sang the praises of Dreaming in Stereo. And it’s no surprise that not a year since its release, Dreaming in Stereo is already in its second pressing. A college radio campaign ensued and found Dreaming in Stereo added on over 130 stations right out of the gate and in fact charting Top 30 in 17 college markets. Not bad for a first timer on a shoe-string budget. The task of putting a band around Dreaming in Stereo, although a phenomenal challenge, resulted in a cast of characters as diverse as the music stylings Fernando grew up with. The round-up includes Marisol Garcia on keys and vocals, Dave Torre on guitar and violal, Vincent Cuevas on bass, and Eddie Zyne on drums. The group has found itself conducting radio interviews and playing various music festivals since the release of their debut album. They’ve already even shared the stage supporting some of their icons: Todd Rundgren,Filter, Adrian Belew, Mumiy Troll, Leon Russell, Davey Jones, and Orleans. Dreaming in Stereo was one of 6 bands chosen to showcase for the 2010 Florida Grammy Showcase. Dreaming in Stereo has accomplished in less than 12 months what takes most groups two years and they show no sign of slowing down.