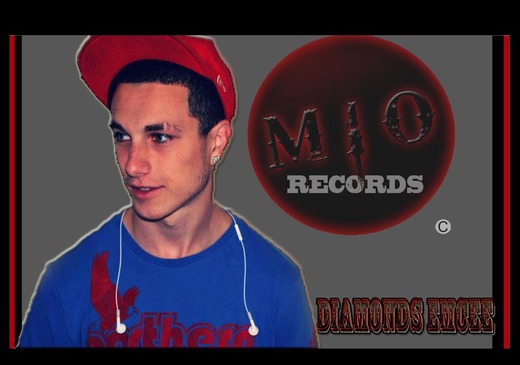 Australian Artist / Songwriter / "Diamonds". Hailing all the way from Geelong Australia, Diamonds has been making a lot noise. With his commercial appeal and today's Hard Hitting Hip-Hop Giants as his influential creative style and swagger comes from, Diamonds is ready and too determined to be defeated

Coming up from a place where hip hop isn't huge was always going to be difficult. But I made sure that when it really came down to the crunch time that I put it the work. Australian artists like Pez and 360 are a huge inspiration towards myself. My main focus though has always being on the American Hip Hop giants like Eminem, 50 cent and Doc Dre. I started writing songs at a young age, but never put my stuff out there. But when I was around 14 I started to get more serious and take things to a new level. My main goal throughout this game is to get people to understand where I'm coming from and that just because I didn't grow up on the streets don't mean I can't still shake things up a lil. To me making music that others can relate to is one thing, but for me as an artist to really get into all the emotions whilst on stage or in the studio is another. There isn't any much better feeling for me than a massive crowd or even just getting up at a mates party, and having them SCREAM OUT, Diamonds all night
Really wanner thank my mates for sticking by my music and persisting with me

My message. "Take control of the game, don't let the game control you."